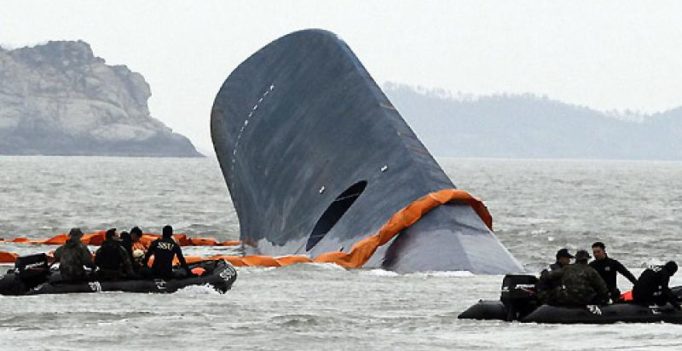 Seoul: Suspected human bones were recovered on Wednesday from South Korea’s sunken Sewol ferry, officials said — after having to embarrassingly withdraw a similar assertion after the ship was salvaged in March.

The 6,800-ton vessel sank off the country’s south-western coast three years ago, claiming more than 300 lives, mostly high school students on an excursion.

One of the country’s worst-ever maritime disasters, it dealt a crushing blow to now-ousted president Park Geun-Hye, and nine of the victims’ bodies have yet to be recovered.

Raising it in one piece was a key demand of their families, and workers have since been painstakingly sifting through the silt piled up inside the hull.

Two bones were retrieved on Wednesday from a passenger cabin on the fourth floor, the maritime ministry said.

Citing forensic experts on the scene, it said they were apparently human and had been sent to the National Forensic Service for DNA tests.

Last week, a diver combing the sea bed where the ferry had been lying found a bone fragment believed to be from a human shin.

In March, soon after it was salvaged the ministry announced that human bone fragments had been found under the hull of the ship.

But DNA tests confirmed they were from pigs, to the ministry’s embarrassment. Wednesday’s announcement was the first time suspected human bones had been found inside the wreck.

Investigations concluded the disaster was the result of numerous human factors, including an illegal redesign, an overloaded cargo bay and inexperienced crew. 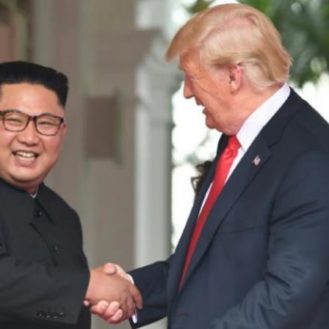 ‘And then we fell in love…’: Trump on beautiful letters from Kim Jong Un

Trump followed those comments by saying Wednesday he had received an ‘extraordinary letter’ from Kim, and sounded optimistic about prospects for a second summit between…

Could the long held myth that one begins to look like their pets have any truth to it? The phenomenon has been amply documented, and…

The city recorded moderate rain of 42mm at Anna University and 39mm at Taramani, while other districts including Vellore and Tiruchurapalli noted 23mm and 26mm…