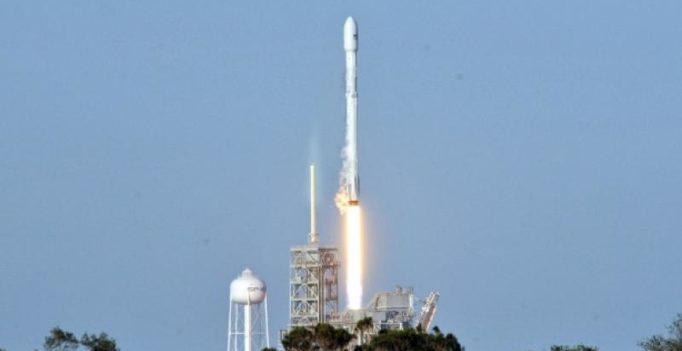 The attempt is part of SpaceX’s effort to make rocket parts recyclable, rather than jettisoning the costly components after each launch.

SpaceX on Sunday is scheduled to make its first military launch, with a classified payload for the National Reconnaissance Office, which makes and operates spy satellites for the United States. No details were made public about the payload, known only as NROL-76, which was first announced last year.

A SpaceX Falcon 9 rocket is poised to blast NROL-76 into space from Cape Canaveral, Florida during a two-hour launch window which opens Sunday at 7 am (1100 GMT). About 10 minutes after launch, the tall portion of the rocket, known as the first stage, will power its engines and fly back toward Earth to make a controlled landing on solid ground at SpaceX’s Landing Zone 1 at Cape Canaveral. The attempt is part of SpaceX’s effort to make rocket parts recyclable, rather than jettisoning the costly components after each launch.

The California-based company, headed by internet entrepreneur Elon Musk, has already made several successful landings on solid ground and on platforms floating in the ocean. Until now, the US military has spent billions per year exclusively with United Launch Alliance, a joint operation of aerospace giants Boeing and Lockheed Martin, to launch government satellites.

SpaceX in 2014 filed suit against the US Air Force, saying it unfairly awarded billions of dollars to a single company for national security launches. SpaceX also has a pair of launch contracts coming up for the Air Force to send GPS satellites into orbit.

If Sunday’s launch is postponed for any reason, another launch window opens on May 1. 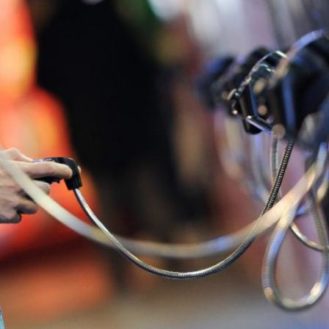