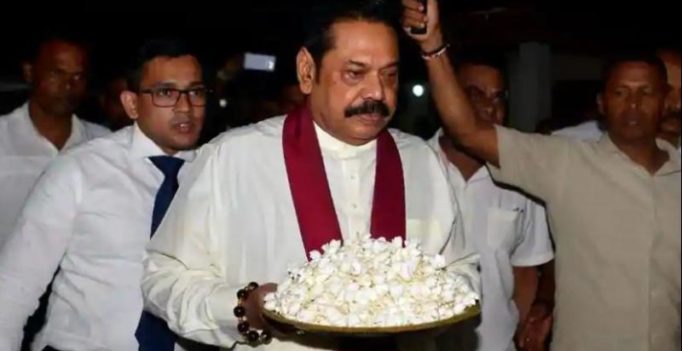 Sri Lanka’s former president and new prime minister Mahinda Rajapakse arrives at a temple after having been sworn in as prime minister in Colombo on October 26, 2018. (Photo: AFP)

Colombo: Sri Lanka’s president issued a formal notice Saturday for Ranil Wickremesinghe to step down as prime minister and recognise his shock dismissal, in an unfolding constitutional crisis.

However, Wickremesinghe continued to occupy Temple Trees, the official residence of the prime minister, and insisted in a letter to Sirisena that he was still in office.

He has said that he can be removed only by parliament where his party enjoys a majority, and also vowed to seek legal action against what he condemned as an unconstitutional move against him.

Since his rushed swearing in, Rajapakse is yet to announce the formation of a cabinet — which under the constitution is automatically dissolved when a prime minister is removed.

Parliamentary Speaker Karu Jayasuriya has said he will decide Saturday whether to recognise Rajapakse or not, after seeking legal advice.

Parliament is not due to meet until November 5 when the 2019 national budget is due to be presented. The Supreme Court, which is empowered to resolve constitutional disputes, is shut for the weekend and reopens on Monday.

The president’s United People’s Freedom Alliance party had earlier Friday quit the coalition that had governed with Wickremesinghe’s party.

Speaking to jubilant supporters outside his Colombo home late Friday, Rajapakse also called on Wickremesinghe to step down.

Members of his party must “respect democracy, respect the country and respect the law”, the former president said through a loudhailer from a balcony.

Overnight, Rajapakse loyalists stormed two state-owned television networks — which they regard as loyal to the outgoing government — and forced them off the air.

The United States called on all sides in Sri Lanka to operate within the constitution and refrain from violence, and urged the island to move forward on post-war reconciliation.

Rajapakse crushed the decades-long Tamil Tiger uprising while in power, but refused to acknowledge abuses committed during the bloody civil war.

“We call on all parties to act in accordance with Sri Lanka’s constitution, refrain from violence and follow due process,” the State Department said.

“We expect the government of Sri Lanka to uphold its Geneva commitments to human rights, reform, accountability, justice and reconciliation.”

After Sirisena’s election in 2015, Sri Lanka shifted from confrontation to conciliation with the US and other Western powers and promised at the UN Human Rights Council in Geneva to investigate allegations of abuses. 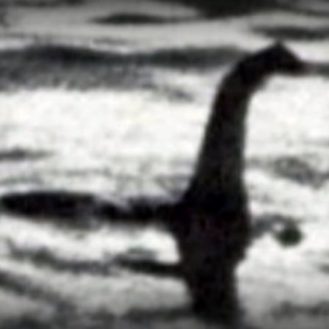 Company had posted a net profit of Rs 110.74 crore in the same period a year ago. New Delhi: Shares of Tata Communications today surged…

The couple have been spotted kayaking and taking a stroll on the beach. (Photo: Gigi Hadid’s Instagram) London: Gigi Hadid and her singer boyfriend Zayn Malik…