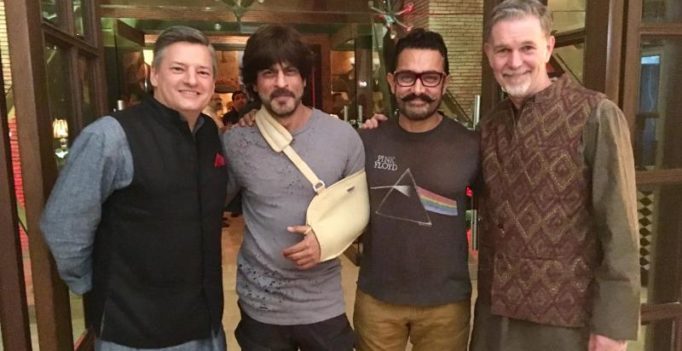 The two were also joined by CEO of Netflix, Reed Castings.

Mumbai: It’s a treat for the eyes when two of Bollywood’s biggest Khans come together in the same frame!

The same happened over the weekend when Shah Rukh Khan and Aamir Khan caught up with each other at King Khan’s abode Mannat.

Part of a campaign of a leading channel, the two superstars are spotted with the CEO of Netflix, Reed Castings. SRK and Netflix had joined hands last year. Described in a statement from Netflix as “the beginning of a long-term relationship between both companies and the first of its kind with any Indian film production company.” This is the first kind of collaboration for Netflix and SRK’s Red Chillies Entertainment.

The official Facebook page shared the picture and wrote alongside, “Saturday night got pretty Khantastic!”

On a related note, SRK will be seen hosting India’s first TEDx show which will be aired on Star Plus.

While Aamir is gearing up for ‘Thugs of Hindostan’, Shah Rukh is wrapping up the shoot of Imtiaz Ali’s next opposite Anushka Sharma. 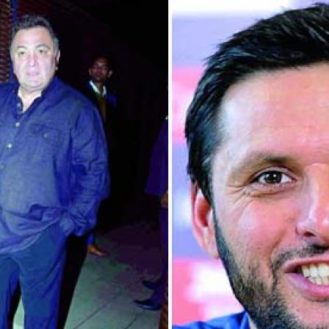