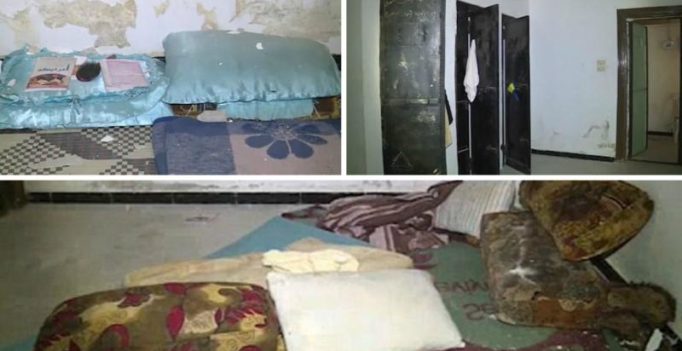 The video starts with a man, speaking in Arabic, narrating how Syrian rebels discovered the place where Islamic State militants rape their sex slaves. The man then enters the place and points towards a room where the sex slaves are forced to live.

The video then moves on to show a room full of filthy cushions, dirty and stained bed sheets and peeled walls. Also, on the walls something is written in Arabic which is assumed to be written by the women living there.

Syrian rebels who came across the ISIS prison said they found contraceptives, drugs as well as sexual stimulants in one of the rooms. Terming ISIS prisons as the worst in the world, Syrian fighters said they also found some of the most violent tools of torture used by ISIS.

In one of the rooms, the rebels also saw two bowls filled with water, placed on the floor. The bowls, according to them, are meant for women prisoners who drink water in them and sometimes even eat in those bowls.

The food bowls used by ISIS sex slaves for drinking water and sometimes even for eating food. (Photo: YouTube Screengrab)

The video ends with some of the Syrian fighters guarding the entrance of the place. It is unclear whether the rebels have sealed the place.

ISIS militants have been known for their horrifying ways while dealing with their women prisoners. A number of Yazidi women, who had escaped from the clutches of ISIS, had described how the terror group used different methods to keep them away from pregnancy — including oral sex and injectable contraception. 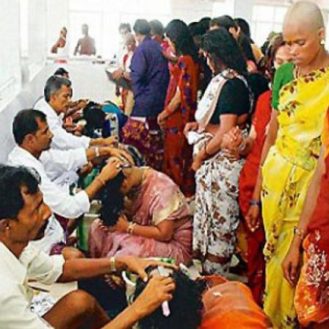 The dog is believed to have guarded the child, who officials have confirmed is on the autistic spectrum, as she risked being exposed to all…