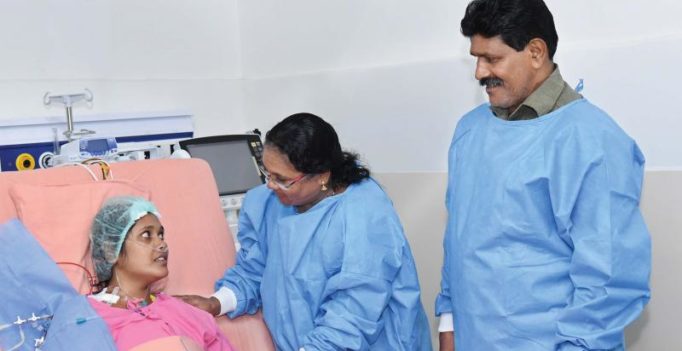 Jenisha with parents at hospital. (Inset) M. Nithin who donated the organs.

“This is the first heart lung transplant in Kerala,” Dr. Periyapuram told reporters here. “Only 10 or 15 such cases have been reported in India.” The surgery was performed on January 6 this year.

Jenisha, hailing from Kutampuzha in Ernakulam, was suffering from a rare congenital heart defect called Eisenmenger’s disease and has been advised for a simultaneous heart-lung transplant. “Patients with the defect will have holes between the two chambers of the heart through which the oxygenated blood mixes up with the impure blood.  The holes allow oxygenated blood from the lungs to flow back into the lungs, instead of going out to the rest of the body,” said Dr. Rony Mathew, member of the surgery team.

On January 6, organs of M. Nithin, who was declared brain dead at Lakeshore Hospital after sustaining serious injuries in a road mishap, were found matching for Jenisha. As Nithin’s parents expressed willingness for organ donation, the heart and the lungs were harvested through a 3-hour process and brought to Lisie through a green corridor in 10 minutes. After the 7-hour long transplant, Jenisha is improving and currently admitted in the isolation room. She can be discharged soon if her condition remains satisfactory, the doctors said.

The Kuttambuzha panchayat authorities and several individuals and social grups have come forward to help the poor family to get the transplant, which cost between Rs 15 and Rs 20 lakh. The initial medical costs will be around Rs 25,000 a month. 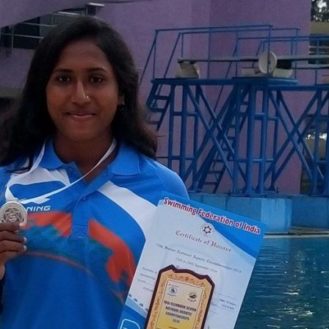