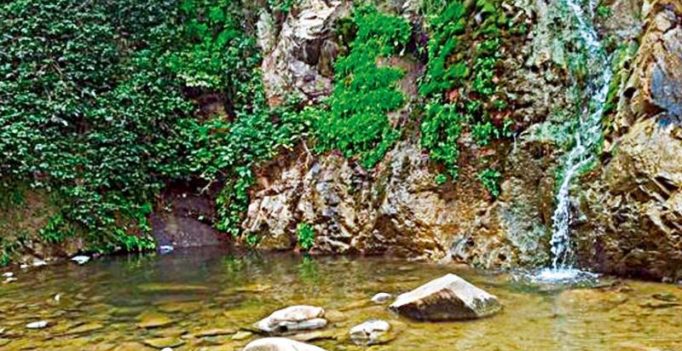 So poorly maintained is the spot that the crystal clear water falling from a nearly 100 ft tall cliff, today enters a pond filled with filth and garbage, reeking of stench.

Bengaluru: Once the perfect weekend getaway, Pearl Valley or Muthyala Maduvu as it is called in local parlance, some 43 kms from the city, is now a den of hooligans. A pristine waterfall with a brook, the spot derives its name from the water droplets that take the shape of pearls on hitting the rocky terrain below.

Frequented by  young picnickers, especially students, in the eighties and nineties, Pearl Valley is now home to mainly hooligans drinking, eve-teasing and polluting its serene environment with plastic, garbage and liquor bottles.

Numerous stray dogs and monkeys pouncing on visitors and snatching food packets and purses have completed the deterioration of this once popular tourist spot, easily accessible to Bengalureans from Hosur Road via Attibele or via Anekal on the Bannerghatta Road.

Nestled deep down a valley, the secluded falls were once a haven for photographers, but now they too give them a miss, put off by the depleted water and litter everywhere. So poorly maintained is the spot that the crystal clear water  falling from a  nearly 100 ft tall cliff , today enters a pond filled with filth and garbage, reeking of stench.

The roads leading to Pearl Valley also leave visitors frustrated. “The roads were in horrible condition when I visited Pearl Valley two years ago.  I am not sure how they are now , but I don’t want to go there again,” said one disappointed visitor, Badrinath, an investment consultant from Girinagar in the city.

A review posted by a visitor to the falls in August last year,  is both graphic and disturbing. It reads, “What this place  needs is security. There were six of us (girls) and we ventured further into the forest thinking  there would be more. The time was 4:30 pm. A drunk man approached us and grabbed my friend. We were scared and thought this was the end of our lives as it was pretty much obvious what he would do next. But luckily a few of his friends caught him in time and told us to run away. We ran and did not stop until we were out of that place.”

Said one tourist about the hooligans who abound here, “They come on bikes and cars with liquor bottles. They cook at the spot, consume alcohol, create a nuisance, and even indulge in eve-teasing and  mugging. They break bottles and throw garbage around.”

Sadly, the only Karnataka State Tourism Development Corporation (KSTDC) hotel , Mayura Nisarga, operating at this tourist spot, is not impressive either with visitors often complaining about its limited food and services.

But ask tourism department officials and they claim all is well at Pearl Valley. “The department spent nearly  Rs 1.5 crore for developing the  spot.  Even the roads were repaired around eight months ago. Hotel Mayura Nisarga is also doing well and has rooms for lodging. But we usually get day visitors,” said a senior tourism official. 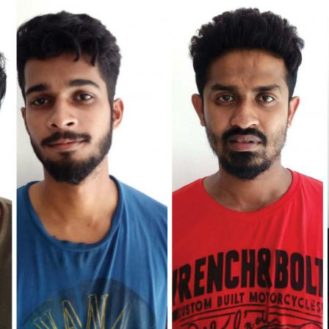