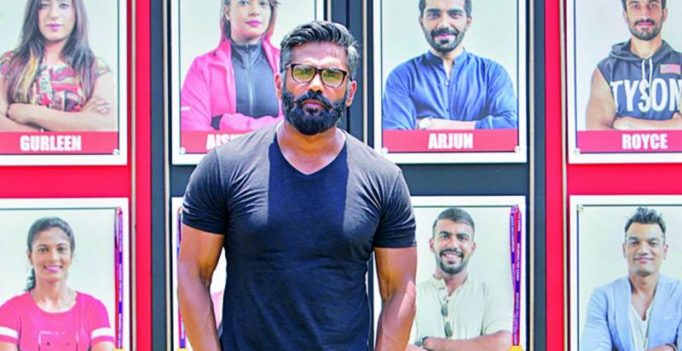 Suneil Shetty is back on the small screen after almost a decade. The actor, who was previously seen in Biggest Loser Jeetega, will once again host a reality show titled India’s Asli Champion Hai Dum.

The show will see 12 contestants fight out the ultimate test of physical and mental endurance. We caught up with the actor on the sets of the show in Goa. Edited excerpts:

Your last appearance on television was Biggest Loser Jeetega. Thatwas  back in 2007. You took  10 years to return as host. What kept you away?
The biggest loser in the world today is still an Indian — Sandeep Sachdev (he won the show Biggest Loser Jeetega). His transformation struck a chord with many people. After the show, many approached me to judge shows. I would have never been able to criticise or run someone down just because I have to. I refused those shows. I was always open to do something with health, fitness and travel or anything that I am passionate about. This show is not about stars — it is about a common man. It is about people who will inspire others.

At 56 you are unbelievably fit. You are redefining fitness. Do your kids, Athiya and Ahaan Shetty ever point that out to you?
Fitness is more than just a sport; it’s a lifestyle for me. I started adapting that and today, I’m as fit as I can be. My daughter Athiya keeps telling me, “Papa, you better start aging quickly,” to which I asked whether she wants me to age quickly or gracefully. She said the latter. My kids have to push their limits because of me. Ahaan is stressed out. He is like “Papa you keep training and I will have to train even harder!”

You refused Sarkaar 3 and about 35 to 40 odd projects in the last three years. Why?
I wasn’t in the mental space to take them up. I was fed up with work after 25 years. When my manager Asif would get me a film I would say yes and then I would say no. I had not taken a conscious decision that I didn’t want to work, it was something from within that got me disliking cinema.

Are you worried about Athiya, considering her first film Hero didn’t do well? She didn’t take up other projects…
Athiya doesn’t want to do trash and anything sub-standard. A lot of films have come to her but she didn’t want to do them. She did Mubarakan because it was an entertaining film. I have always told her one thing — every girl has a journey of two-three years before producers, directors and the audience accept her. I think somewhere down the line this has mentally prepared her. All of them have been through this journey be it Katrina Kaif, Aishwarya Rai Bachchan or Deepika Padukone. When you are first seen on-screen, you are too young, you need to mature and then grow.

Sajid Nadiadwala will be launching Ahaan. As a father, you must be looking forward to his debut…
I am excited because Sajid Nadiadwala, Fox, and Ahaan make an outstanding combination. A father would only dream of a debut like that for his son. I had done my first film with Sajid called Waqt Hamara Hai, but Balwaan released first.
Sajid absolutely loves Ahaan and vice versa. I’m absolutely chilled as a father for his debut. 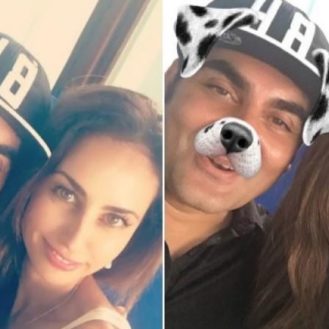 Arbaaz Khan had uploaded this picture with yellow on one of their dates. Mumbai: After his much-hyped divorce from Malaika Arora, rumours have it that…