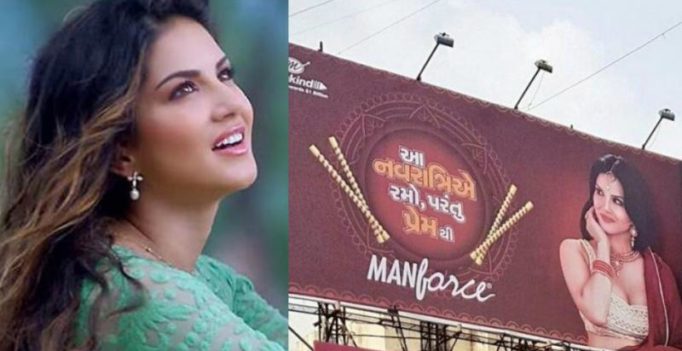 New Delhi: Traders’ body CAIT asked the Centre to ban an outdoor advertisement in Gujarat of Manforce contraceptive brand endorsed by actress Sunny Leone, saying it was derogatory and encouraged the youth to use its condoms in the name of Navratri festival.

In a letter to Union Consumer Affairs Minister Ram Vilas Paswan, the Confederation of All India Traders appealed to him to direct officials concerned to take appropriate action against the manufacturer, Mankind Phrama and its brand ambassador.

“Though they have not used the word condom in their banner but the intention is very clear as the combination of words like ‘play’, ‘love’ and ‘Navratri’ are coined above the large logo of Manforce,” CAIT National Secretary Praveen Khandelwal said the letter.

The hoarding shows Leone on one side staring at text written in Gujarati, “Ya Navratriyon Ramo Parantu Prem Thi” — which translates into play in Navratri but with love, between two dandiya sticks and above the Manforce logo.

“Their large banners in cities across Gujarat are shouting out to encourage youths to use Manforce condoms in the name of Navratri festival,” Khandelwal said.

Terming the advertisement as “derogatory”, he further said: “This is a clearly irresponsible and immature attempt to boost sales by putting our cultural value system at stake.”

Comments from the Mankind Pharma could not be obtained as emailed query remained unanswered.

Khandelwal also hit out at Leone claiming it to be “the most irresponsible act of its Brand Ambassador Sunny Leone is an ample testimony of the fact that in the lust of earning huge money, these brand ambassadors can go to any level irrespective of the pious and religious occasion of Navratri even.”

Comments from the Bollywood actor could also not be obtained.

The traders’ body observed that in the wake of such incidents involving brand ambassadors, there was a need for a specified “Code of Conduct” by the government and they should be made responsible for the products they endorse.

In this context, CAIT also urged that Consumer Protection Bill, which is pending before the Parliament, must be passed in the next session so that Brand Ambassadors can be brought under the ambit of the said Act. 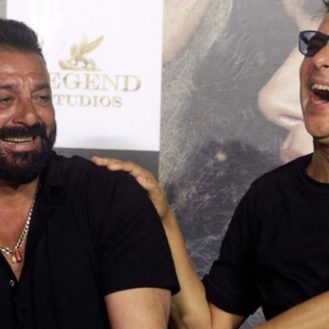