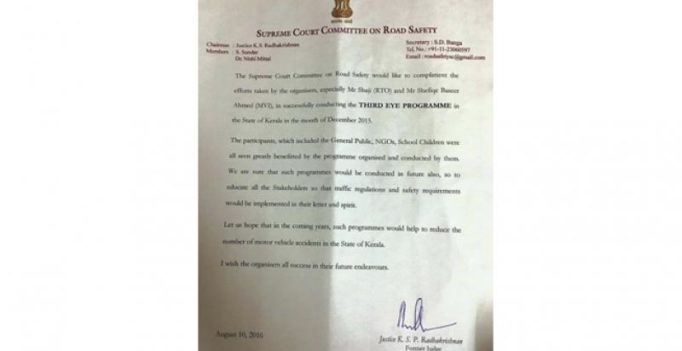 The road safety panel, in its congratulatory message, acknowledged the efforts of then Ernakulam regional transport officer K.M. Shaji and Motor Vehicle Inspector Shefique Baseer Ahmed in making a success of the initiative aimed at reducing motor vehicle accidents.

As per the programme launched in Ernakulam district on November 4,  student volunteers of Cochin University of Science and Technology took photos of traffic violations by monitoring 13 arterial roads and the MVD initiated action against the offenders with that as the proof. A total of 303 traffic offences were detected in just two months.

“Participants, which included the public, NGOs and schoolchildren, were all seen to have greatly benefited by the programme…We’re sure such programmes would be conducted in future, to educate all stakeholders so that traffic regulations and safety requirements would be implemented in letter and spirit,” read the message sent to the MVD officers by the SC panel.

“We now plan to include home guards too under the initiative and a letter in this regard has been forwarded to high police authorities,” Mr Shaji, now Malappuram RTO, said.

“The SC panel chairman said the committee would recommend implementation of the programme in other states too,” said Mr Shefique. 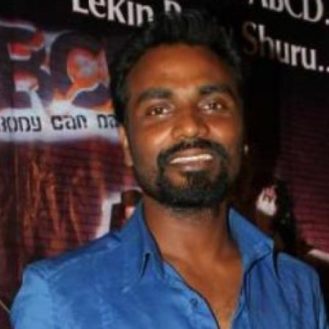