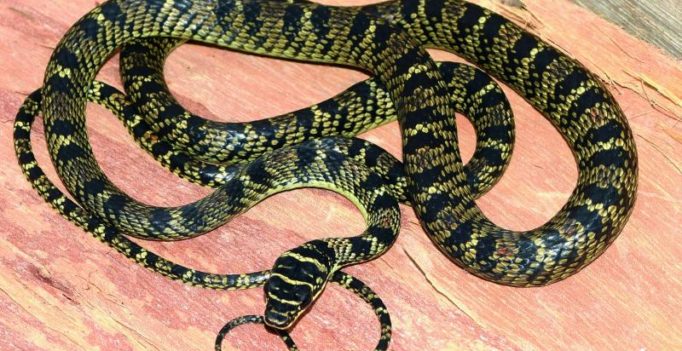 The snake was earlier never spotted in Telangana.

Hyderabad: A rare flying snake was found and rescued in the busy commercial locality of Goshamahal in Hyderabad.

It was hiding in a rolling shutter when Friends of Snake Society rescuers caught it and shifted it to the Sanikpuri rescue centre.

There are numerous timber depots near the rescue site and according to the experts it was likely that this snake was accidentally transported from another state along with timber or plywood cargo.

Friends of Snake Society joint secretary Arun Kumar said, “We received a distress call on our helpline from a shopkeeper in Goshamahal, Hyderabad who said that he had seen a small snake near the entrance of his plywood shop.”

Snake to be relocated to forest
“Responding to the call, one of our members who lived closest to the site, visited it, expecting a Rat Snake or a Spectacled Cobra, which are common snakes in that region. To his utter disbelief, he found a flying snake hiding inside the gap of the rolling shutter of the shop, from where it was carefully extracted. The snake was immediately sent to the society’s shelter in Sainikpuri for further examination and housing,” said Arun Kumar of Friends of Snake Society joint secretary .

He added, “Ornate Flying Snake is one of the three species of flying snakes found in India. These snakes are capable of gliding in the air by flattening their body and at times becoming almost twice their normal width. They form a concave shape and trap air and glide between branches and trees. They appear to exhibit this behavior to avoid predators. This one and a half foot specimen will be temporarily housed at our shelter, during which behavioural studies would be conducted and findings would be published in a scientific journal. With the support of the Telangana Forest Department, this astray snake would be relocated to a forest area where the species is naturally found.” General secretary of Friends of Snake Society V. Aniash added, “We have been doing rescues for the past 20 years and this is the first time we have encountered a flying snake. Usually it glides from one tree to the other in rain forests to avoid predators. It can’t take off from the ground like a bird. Once earlier we had rescued a snake in the Nampally railway station that had taken the train from Karnataka to Hyderabad. It was then identified as Bronze BackTree Snake. Insta-nces of snakes coming in courier, container and consignment vehicles are not too uncommon.” 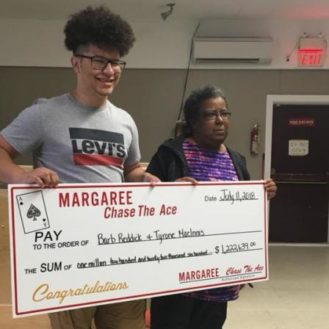 The couple fled as soon as the authorities reached (Photo: YouTube) Manchester: Experimenting with sex is something couples across the world seek to spice up…