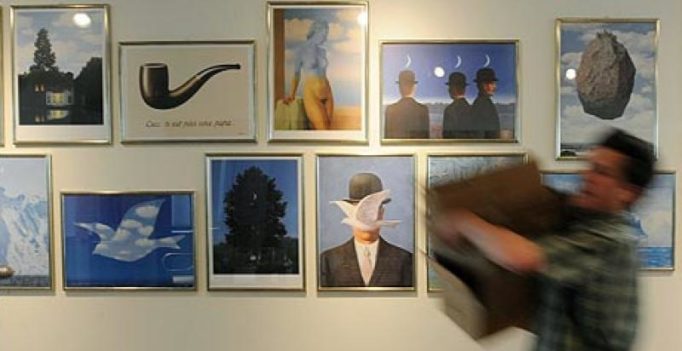 Magritte spent most of his life in Brussels, where he gained success for his philosophical paintings between the 1930s and 1960s. (Photo: AFP)

An exhibition opened at Brussels’ Atomium building on Thursday to honor twin anniversaries of two Belgian icons — the Atomium itself, which turns 60 next year, and Surrealist painter Rene Magritte, who died 50 years ago.

The exhibition will run for a year and occupies two levels of the gleaming metal structure built in the form of a crystal of iron and which has become a symbol of the capital since being built for the World’s Fair of 1958, known as Expo58.

It transforms 10 of Magritte’s most notable works into 3D structures and visual elements for visitors to explore. They include “The Son of Man”, where the bowler-hatted subject’s face is obscured by a large green apple.

“You have, in fact, all the important elements in the 10 paintings, which are so characteristic for his other paintings as well, so it’s kind of a synthesis of the different characteristics of the works by Rene Magritte,” said Marleen de Waele, tour guide for historical places in Belgium.

Magritte spent most of his life in Brussels, where he gained success for his philosophical paintings between the 1930s and 1960s before his death in 1967.

“I am convinced that many people will come again and again to the Atomium, especially for the temporary exhibitions,” de Waele said.

“This one, Rene Magritte, will have a lot of success undoubtedly. There are already a lot of reservations made.”

The Atomium offers workshops on Magritte for children and guided tours for adults. 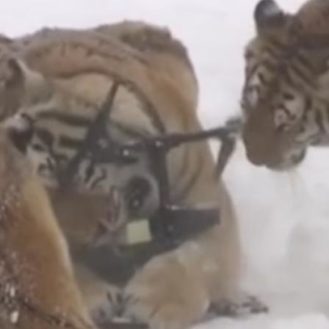