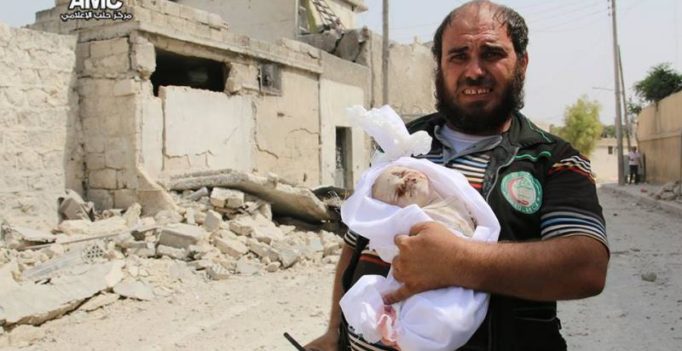 One man carried out the lifeless body of a baby no bigger than his forearm. (Photo: AMC/Facebook)

Beirut: Eleven children were killed on Thursday in a barrel bomb attack carried out by government forces on a rebel-held neighbourhood of Syria’s Aleppo city, a monitor said.

“Fifteen civilians, among them 11 children, were killed in a barrel bomb attack on the Bab al-Nayrab neighbourhood” in the south of Aleppo city, the Britain-based Syrian Observatory for Human Rights monitor said.

One man carried out the lifeless body of a baby no bigger than his forearm. Its eyes were closed and its body was white with dust except for speckles and smears of blood. 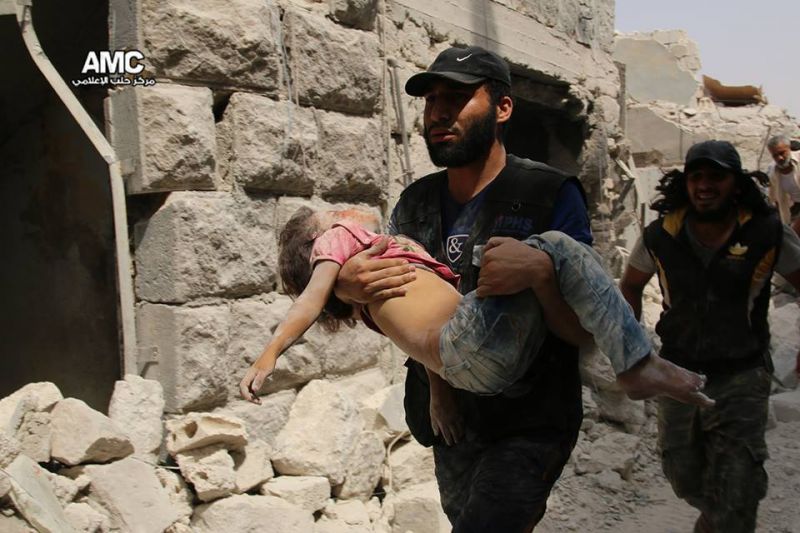 The group also reported eight civilians, including two children, were killed on Thursday in rebel fire on the government-held west of the city.

An AFP journalist in Bab al-Nayrab saw rescue workers and civilians digging through the rubble of collapsed buildings.

Nearby, a civil defence worker protected the face of another dead child as his colleagues scraped away the rubble encasing the rest of the child’s body. 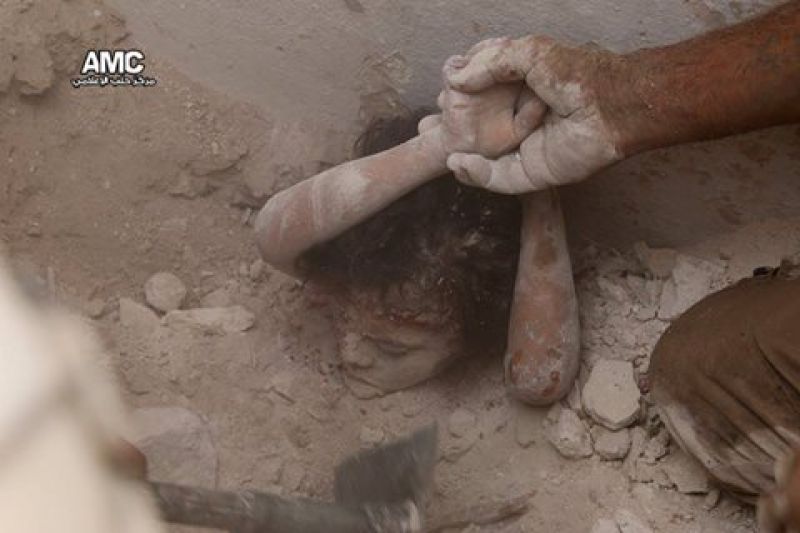 Syria’s regime has been accused of regularly using barrel bombs — crude, explosive devices — on rebel-held areas that are home to civilians, and other parties to the conflict are not known to have used the weapons.

Once Syria’s economic powerhouse, Aleppo city has been ravaged by the conflict that began with anti-government protests in March 2011.

The city has been roughly divided between rebel control in the east and government control in the west since mid-2012, with each side bombarding the other and causing civilian casualties.

Fighting for Aleppo city has intensified since regime troops seized control of the last supply route into rebel-held areas in mid-July.

After a nearly three-week siege, rebels early this month linked up with opposition-held neighbourhoods via a new road from the city’s south, in a major blow to fighters loyal to Assad.

But fighting has continued near the new supply line, which has been bombarded almost daily in recent days, affecting supplies coming into the city’s opposition-controlled neighbourhoods. 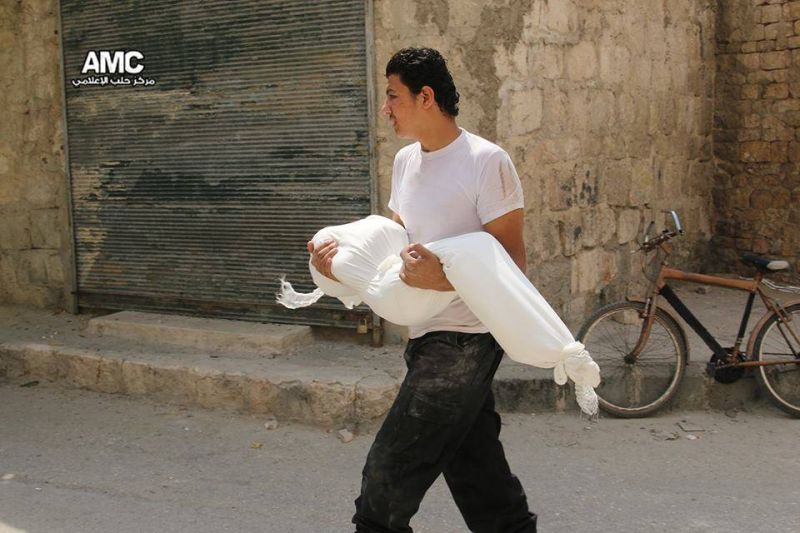 Around 250,000 people live in the city’s eastern districts, while another 1.2 million live in its western neighbourhoods.

More than 290,000 people have been killed in Syria since the conflict began, according to the Observatory. 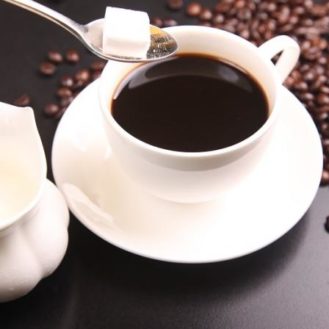 People who consume a cup of coffee a day are 12 per cent less likely to die compared to those who do not. (Photo: Pixabay)…