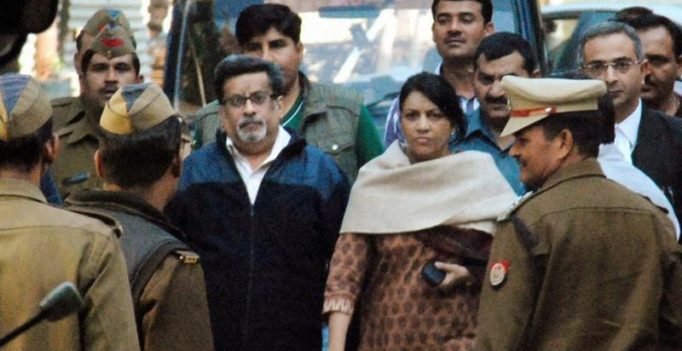 The Jailor also informed that the couple would continue to visit the Dasna jail periodically so that the medical assistance could continue. (Photo: PTI)

Ghaziabad: The jailor of the Dasna jail, where Nupur and Rajesh Talwar, the parents of 14-year-old Aarushi, who was found murdered nine years back in Noida, had been lodged in since November 2013, has said that while in jail, the dentist couple gave medical service for free to their prison inmates and refused remuneration amounting to Rs 49,500.

“The Talwars gave medical service for free, and refused remuneration. Had they taken it, the amount would have approximately been Rs 49,500,” Jailor D. Maurya said.

The Jailor also informed that the couple would continue to visit the Dasna jail periodically so that the medical assistance could continue.

He also said that there was a strong possibility of the couple to walk free from the jail by Monday noon.

“The Court has opened after a two-day holiday and there is a strong possibility of the Talwars being released today. Rajesh and Nupur Talwar will be accompanied to their house by security,” he added.

The Allahabad High Court had, on Friday, acquitted the Talwars of charges of their daughter’s murder, setting aside the CBI court’s earlier order, in connection with the double murder case that shook the nation in 2008.

According to reports, as per Section 437 (a) of the CrPC, the Talwars, even after their acquittal, will have to furnish a surety to ensure that they will be present in the court in case the state files an appeal in a higher court.

The order, however, failed to bring a closure to the case and the public opinion remained divided, even after years of the conviction.

On May 16, 2008, Aarushi was found murdered inside her bedroom in the flat in Jal Vayu Vihar – her throat slit with surgical precision.

It was initially suspected that house help Hemraj had killed Aarushi. However, the case took a shocking turn when Hemraj’s body was recovered two days later from the terrace of the same flat.

The police then began to suspect the Talwars and said Rajesh had murdered the two after finding them in an “objectionable” position.

After widespread outrage, the case was transferred from the Uttar Pradesh Police to the CBI that exonerated the parents and suspected the Talwars’ assistant Krishna along with two domestic servants, Rajkumar Sharma and Vijay Mandal.

In 2009, the CBI handed over the investigation to a new team, which recommended closing the case due to critical gaps in investigation.

Based on circumstantial evidence, it named Rajesh as the sole suspect, but refused to charge him due to lack of evidence.

Later in 2012, his wife Nupur surrendered before a Ghaziabad court before trial and was also sent to the Dasna Jail. 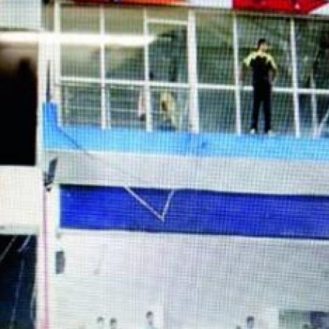