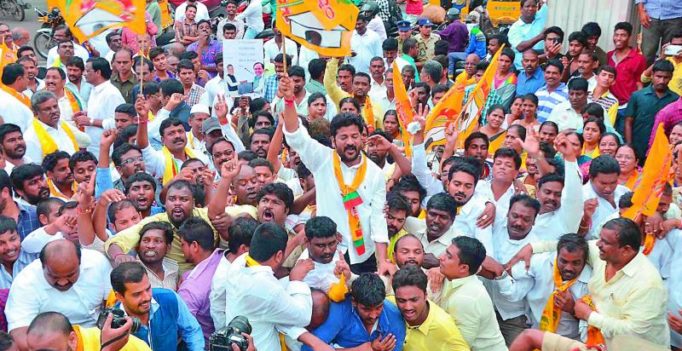 TS TD leader Revanth and party activists protest against the MoU between TS and Maharashtra governments in front of the Jalasoudha in Hyderabad on Monday. (Photo: DC)

Hyderabad: Police on Monday arrested TS TD leaders and activists when they staged a dharna in front of Jalasoudha here, demanding the state government cancel the agreement with Maharashtra on construction of irrigation projects.

TS TD president L. Ramana, working president A. Revanth Reddy and others who were arrested and later released, accused Chief Minister K. Chandrasekhar Rao of redesigning irrigation projects for monetary gains and not for state’s welfare.

“TS government should immediately cancel the agreement with Maharashtra since it causes immense damage to the state. If TS had ensured 152 metre height for Tammidihatti barrage, water would flown through gravity for 80 km. Due to lifts, the total burden will be around Rs 1 lakh-crore,” Mr Reddy alleged.

He also alleged that by taking up the Pranahita-Kaleshwaram project, the state will have to shell out Rs 50,000 crore besides an additional Rs 10,000 crore on farmers annually. “The project will require 4,700 MW, which will cost another Rs 40,000 crore,” he said.

Mr Ramana termed the agreement “a big scam” and said that the TD will oppose it tooth and nail. Meanwhile, TRS MP Balka Suman lashed out at Mr Reddy’s allegations.

“Revanth Reddy is brand ambassador for blackmail. The government took up the projects after a detailed study and signed the pact with Maharashtra which earlier governments failed to do,” he said.

Mr Suman alleged that “How can there be interstate agreement without DPR as claimed by Congress leader Mohd. Ali Shabbir? The allegations are baseless,” he added. 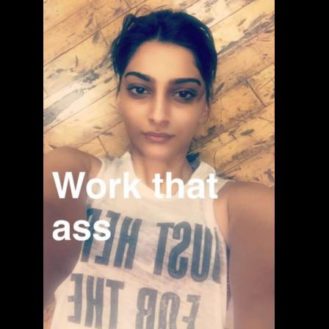 Geeky Sex Toys, an Australian website that specialises in “combining pop culture with sex toys”, presents ‘Pokemoan’. (Photo: Facebook) If you thought that it was…