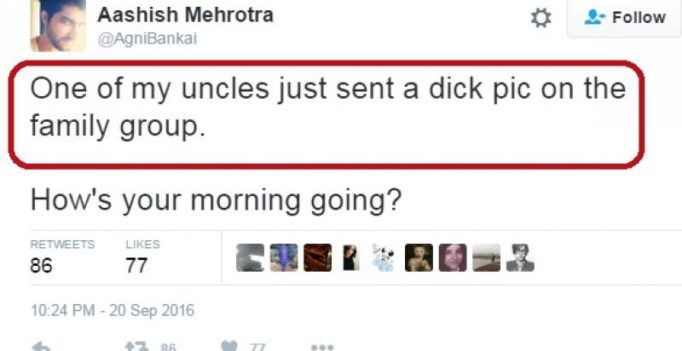 Unsolicited dick pics is a nightmare that women have to deal with a lot on social media platforms and dating apps, as some men are just adamant on flashing their member at every given opportunity.

But while many must have wished the worst for those perverts who cannot keep it in their pants, one man in India seems to have learnt his lesson in an incident which can be a wake up call to those who send unsolicited dick pics and also those uncles who cannot get enough of family WhatsApp groups.

According to a Twitter user, an uncle of his ended up accidentally sharing his dick pic with the entire family in a WhatsApp group, and things got really awkward.

While the image was enough to shock the entire family and leave everyone puzzled, the user’s father swung into damage control mode and removed everyone, thinking that it might make the picture go.

While it took 30 minutes for his dad to remove everyone, the man’s wife left the group herself much before, but shared images of the madness that ensued.
This one sure tops the list of numerous awkward moments desi families have had to endure.
Source 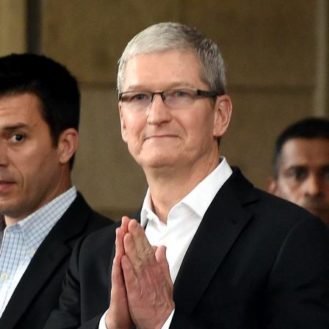 The new and old notes seized by the I-T department. Chennai: In probably the biggest cash seizure in Tamil Nadu after demonetisation, Income-Tax sleuths on…