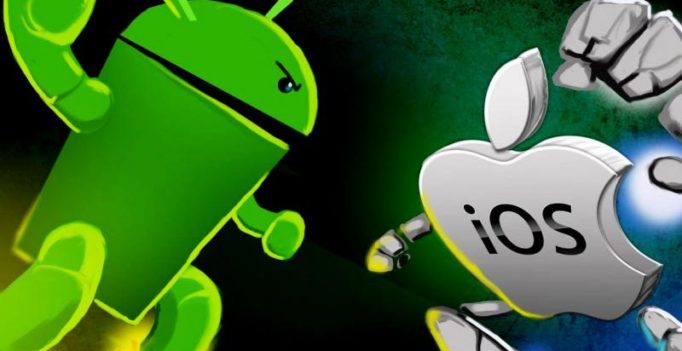 iOS 10 clinches the upper hand due to some advanced traits but Google operating system is not far behind in the race, as Android Nougat has over 250 new features. (Photo: Etechworld)

Google announced the roll out of Android 7.0 Nougat to several devices last month and Apple’s iOS 10 is expected to launch at the company’s event in a couple of days. As both the technology giants prepare to dominate the market with their new offerings, it will be interesting to see which one impresses more.

Operating systems are never free from problems, even when it comes to top notch offerings by Apple and Google. While the OS offerings of both the companies are vastly different, there are a number of areas in which the two operating systems can be compared.

Apple’s iOS 10 will be enhancing its 3D touch architecture to grant quicker access to core functions without physically opening the apps. iOS 10 will also add a nifty ‘wake feature’ which is somewhat similar to Android ‘Always on’ feature. However, it will still require users to physically press the home button to skip past the lock screen. The new functionality aims to solve the Touch ‘problem’ on iOS 9 that was rampant on iPhone 6s devices running on iOS 9.

Apple is supporting widgets for the first time on iOS 10. The notification drawer will come with enhanced notifications on the new OS – along with an option to swipe right – to view an extension of widget offering other information. Apple is even opening up this widget experience to third-party developers.

Android Nougat, on the other hand, is likely to retain its multitasking crown. ‘Quick Switch’ enables users to instantly jump back to their previously used app with a double tap of the ‘Recent’ button. Users will now be able to run two apps simultaneously side by side in landscape, and even drag and drop items between them.

It seems Google is following Apple’s path and implementing its own pressure-sensitive screen mechanism in Android Nougat. The latest developer preview contains evidence of iOS-like app icon shortcuts, which can be accessed through a firm press of the icon.

When it comes to AI-based assistants on smartphones, Apple may have been first to surface with Siri, but over the past few years,  Google has taken significant steps to enhance its own AI-based software offering — Google Now.

Siri is finally opening up to third-party app developers with the iOS 10, enabling users to ask Apple’s assistant about various topics — a trait that was never enabled by Apple in the past.

On the other hand, Google also seems to be improving its assistant software with the Nougat.  For instance, the new Allo assistant app can pull out photos and make reply recommendations for users. Other than that, the new assistant on Google’s new OS won’t be as rigid as seen in the past and will allow users to ask myriad questions.

Apple is plugging more social features into iMessage with the new OS, an effort to make its chat interface and offering better for users. However, the same cannot be same for previous Android OS, citing its complicated history with messaging. It has been predicted that at least four new distinct messaging apps will be added on Nougat.

Google claims that Allo will be a messaging app on ‘steroids’, and it’s likely designed to compete against Apple’s iMessage, while Duo will be a video messaging app to go against the likes of FaceTime and Skype.

Both iOS 10 and Android Nougat are set to introduce new ways to alert users about notifications. Current users are looking for on-the-go notifications, without having to constantly push buttons for viewing notifications.

For starters, notifications on Android Nougat have now been redesigned. They are much easier to read, have unfussy borders, occupy the width of the screen, have smaller fonts, and can be tacked together based on apps. While notifications have caused problems for Android device users in the past, the new iOS-like notification style on Android 7.0 is set to solve those quandaries.

Apple is surprisingly taking cues from Android’s notification architecture by bringing widgets to the home screen. One of the reasons for the change is to enhance 3D touch usage. For instance, a user can directly view the current temperature of a location by long-pressing the weather widget from the home screen. It seems both the giants are looking at each other’s resources to make their individual OS platforms better.

After assessing the salient features that will be available on both operating systems, it can be concluded that iOS 10 clinches the upper hand due to some advanced traits including third-party support for Siri and advanced 3D Touch features. However, Google is not far behind in the race, as the Nougat has over 250 new features — a greater number in comparison to iOS 10.

As far as the experience is concerned, both the operating systems are offering unique features and users need not worry too much before selecting between the two. If you are looking for a more fluent experience, iOS 10 can match your requirements. However, if you are seeking a larger pool of features, Google Android Nougat seems appropriate. 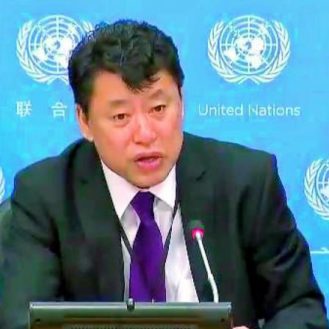