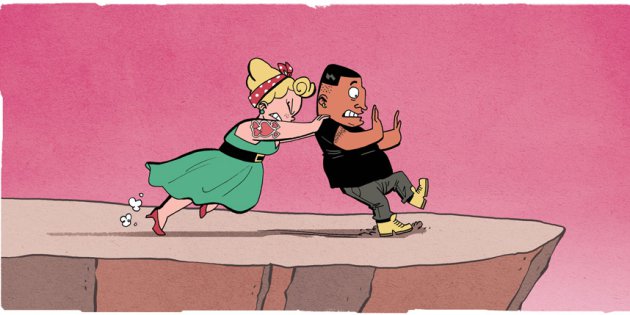 When Gavin Aung Than began Zen Pencils, he had quit his job, sold his house and was using his savings to support himself. That was in 2012. Today his gamble has paid off, making Zen Pencils one of the most popular webcomics, with an enviable global fan following and a book on the New York Times Bestsellers list.

His latest and the 198th comic features two of his recurring characters, the ballet boy and his father. But this time it is a bit different – more personal and more emotional. Than has recently become a father. So, Than decided to do what he does best but slightly differently. He used his own words and ‘own quote’ to make the much-heartfelt comic.

The aptly named comic, ‘Us Against The World’, is about the ballet boy, who, needless to say, loves ballet and is bullied in school for being different. To his rescue comes the ballet boy’s overly-masculine father, complete with tattoos and mud-caked boots. He goes and puts on a pink ballet costume with fairy wings and a tutu and stands beside his talented ballet boy to let him know that whatever it is, he has always got his son’s back. This comic is much more personal than his other works which involve quotes by the likes of Ralph Waldo Emerson, Rumi, George Bernard Shaw, APJ Abdul Kalam, Shakespeare, Dalai Lama, Albert Camus, Rabindranath Tagore, Charles Bukowski and many more. Than interprets the quotes and transforms them into comics.

Than explains that he has not formulated any single process in picking the quotes. “There’s no real criteria. Mostly they’re quotes submitted by readers. I read most of them and single out the ones I like. It’s purely a subjective process,” tells Than to HuffPost India. But that is not how it began. Than went through his own share of struggle to command such an inflow of quote requests. He was working with a graphic design corporate and was simultaneously handling two other comic strips. Gavin says, “I was miserable and wanted to do something different.” Frustrated with the way things were, Than gave up his job and the comics.

“At that time, I was reading a lot of biographies and saving some of my favourite inspirational quotes from historic figures and also noticed that a lot of people were sharing their favourite quotes on social media. That’s when I got the idea to base an entire website around these quotes and combine them with my cartooning to produce something new,” Gavin says.

That’s how Zen Pencils started, steadily garnering its own loyal readership, which is still on the rise. The Melbourne-based illustrator’s comics have been put together in two volumes in paperback, Zen Pencils: Cartoon Quotes From Inspirational People and Zen Pencils Volume 2: Dream The Impossible Dream. People from over the globe read his comics, some even claim it has changed their lives. A fan from India, after reading his adaptation of C.P.Cavafy’s poem ‘Ithaka’ claims to have gone backpacking across Asia. He now has a travel agency called Ithaka. Another reader from Indonesia, inspired by Zen Pencils, started his own interior designing business, Than said.

Another reader wrote to Gavin to tell him that Zen Pencils helped her to cope with her divorce. “It’s been humbling and a huge honour!”, he adds. He singles out book signings as occasions when he can see the impact he has made. “I get the most amazing feedback and stories from readers”, Gavin further adds.

This is only the up side, reserved for when you achieve success. But not every day is as rosy. It gets tiring as he honestly mentions. “Especially since all my comics are self-contained and I have to keep thinking of new ideas, characters and stories. Some days it can get exhausting. But really, I have nothing to complain about, I get to draw comics for a living and that’s all I’ve ever wanted,” says Gavin. “All I can say is that if you’re looking to break out on your own and be a successful freelancer or creative entrepreneur, it’s going to be really hard. You’re going to have to work harder than you ever have and constantly hustle and sell yourself. You most likely won’t make much money in the first few years, if at all, and your stress and anxiety levels will skyrocket. But the rewards of being your own boss and being fulfilled creatively make it all worth it”, says Gavin. 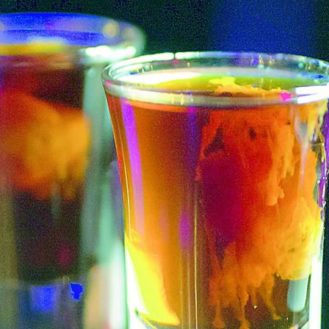