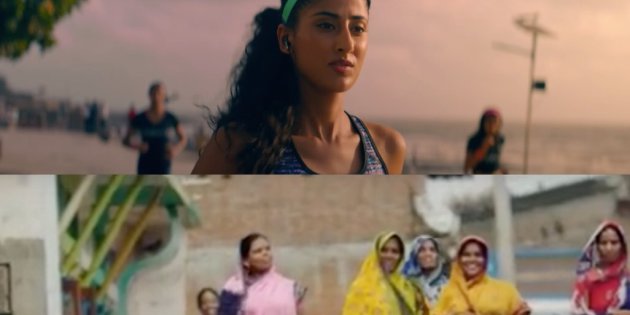 A few days ago, an advertisement by Nike took the internet by storm for its strong feminist message. Besides Bollywood actress Deepika Padukone, it featured women athletes who you probably don’t hear about everyday. There was field hockey player Rani Rampal, footballer Jyoti Ann Burrett, surfer Ishita Malavia, cricketer Harmanpreet Kaur and squash player Joshna Chinappa among many others.

Weeks later, an YouTube channel called ‘Epic Spiritual’ made a spin-off of the Nike video.

“Dedicated to the women who have been doing it anyway, for centuries. Without appreciation, without support, often, in very difficult conditions. With great co-operation. Definitely without shoes that cost more than what they earn in a month,” read the description on YouTube.

Set to the original soundtrack, the video shows images of India’s working class women who sweat and toil for daily wages, in between the visuals of the athletes.

The powerful video juxtaposes the women wearing Nike shoes with the ones who can’t afford them–The ones who transport bricks, work as construction labourers, walk for hours to fill up water for their homes and plough fields.

‘The Other Women’ video became an instant hit because it told the story of a larger population of women in the country.

But, there’s an interesting story behind the making of the video too.

“The didi who takes care of my home and cooks for me came up with the idea,” the maker of the video, who refused to be named and said she would rather credit the channel, told HuffPost India in an interview.

The maker said it’s a joint effort, so she wouldn’t want the limelight to be only on her.

When the film maker showed her help the original Nike video, she said “hum bhi to itni hi mehnat karte hain, chaar baje subah uthte hain kyunki paani tabhi aata hai, phir beti ko school chor ker, din bhar kaam ker ke, raat ko ek do baje sote hain. humko to koi nahi kehta ki hum bhi bade strong hain.” ( I also work as hard as this. I wake up at four in the morning to fill water because that’s the only time we get water, then I drop my daughter to school, work all day at different houses, and sleep around 1am at night. No one calls me strong).

That got her thinking. She thought of the several women, in urban and rural India, who are never celebrated as the strong, and amazing women that they are.

“Instead, they are only spoken of in the context of being ‘underprivileged’ and in need of ‘help’.”

She thought it was a great opportunity to expand the narrative.

“I shared the idea with a bunch of us, including people who work in the social sector, some of whom also contributed bits of the footage, and we decided to create the mashup,” the maker said.

So, why did they think it’s important to respond to the Nike video? Wasn’t it spreading a good message, anyway?

The video maker said that they loved that the Nike ad because it featured relatively unknown sportswomen, and put them in the limelight. “Those women deserve all the celebration that they can get and more,” she said.

However, the makers wanted to expand the ad’s definition of what strength and power in a woman stands for to include the millions of ordinary Indian women, who work in their homes and in the fields. The tasks, that may seem ordinary to us, require immense physical stamina. And, the makers thought their story needs to be told too.

“This was intended as a tribute to them, to make their power visible, without taking away from the sportswomen in the first place. To put forward an inclusive definition of empowerment, not an exclusive one,” the maker said.

According to the maker, there is no single definition of what strength and power in a woman means.

“Strength comes in all shapes, sizes, ages and forms, and women from all sections of society have been demonstrating that for millennia. The ‘heart of a panther’ belongs to every woman ( and man) who doesn’t give up under difficult conditions, irrespective of how that manifests,” she added.

Nikki is aware that Nike broke the stereotypes to a certain extent. However, she feels, a brand, is limited by the fact that it has a certain marketing goal and a certain target audience. “They did an amazing job within those constraints,” she said.

However, she feels that the ‘Epic Spritual’ video has been loved by people because it is “more inclusive, raw, and relatable.”

“It reminds us that the women we are, the women we know, and the women we see everyday, at home, in the streets and in the villages, all have their own brand of strength and courage that refuses to be appropriated by any single cultural narrative,” she said. 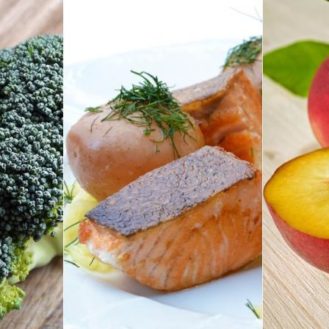