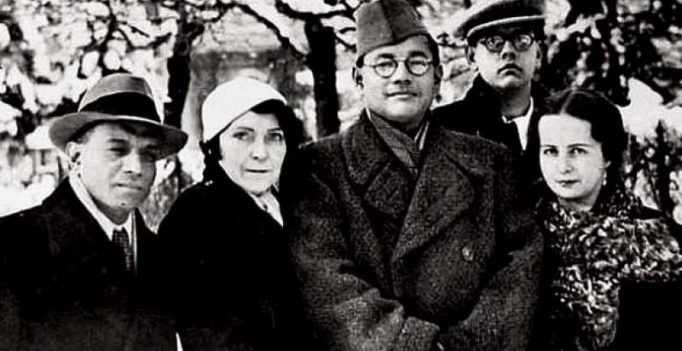 Nambiar’s role in the freedom struggle, as Bose’s second-in-command in Berlin and the constant support he offered to the Gandhi family render him an important part of Indian history. And in this, Balachandran’s contribution is significant.

“The very ink with which history is written is merely fluid prejudice.” Mark Twain’s opinion on the subject, caustic though it might be, is certainly apt with regard to the life of ACN Nambiar, whose name, despite his role in the freedom struggle, warrants little mention in our history books. ‘Communist’, ‘Nazi,’, ‘renegade’ – these are the terms synonymous with Arathil Candeth Narayanan Nambiar, save for the rivetting account by former RAW official, Vappala Balachandran in his book, A Life in Shadow:

The Secret Life of ACN Nambiar. Despite the inglorious accounts that dogged him throughout his life and even after death, Nambiar’s role in the freedom struggle, as Bose’s second-in-command in Berlin and the constant support he offered to the Gandhi family render him an important part of Indian history. And in this, Balachandran’s contribution is significant.

In Balachandran’s eyes, Nambiar is a solitary, almost diffident man, with an apparent aversion for the public glare of active politics. He moved to England in 1919 with his then wife, Suhasini Chattopadhyay, the youngest sister of Sarojini Naidu. Berlin had emerged, shortly after World War 1 and before the rise of Hitler, as  a hotbed of politics and culture; the couple, acting on the advice of Naidu’s son, decided to move there.
“Progressives and leftists from all over the world congregated there and Suhasini found work as an interpreter in Berlin University,” said Balachandran. Nambiar was offered a job as a journalist, the start of his own career. “They were shown Berlin society by another of his wife’s brothers – Virendranath, who was already involved in communist activity. Suhasini grew more involved with it as well.”

Nambiar first met Nehru at an anti-colonial conference in Brussels, in 1926. He then received an ailing Kamala Nehru in Vienna, which marked his first meeting with the 17-year-old Indira. He was also put in charge of a representative office in Berlin to help Indian students, at Nehru’s behest . And thus he shied away from politics even in the midst of leftist revolutionaries like Virendranath ‘Chatto’ Chattopadhyay and M.N. Roy, founder of the Communist Party in India. His wife, Suhasini, eventually parted ways with him, went to Moscow and returned to India, where she became the first woman member of the Communist Party.

The rise of Hitler brought about a marked change in progressive Berlin. In 1933, the Reichstag fire set off a clampdown against communism in Germany. “Some 4000 communists, including Naidu and Nambiar, were imprisoned,” said Balachandran. After his imprisonment, he moved to Prague, where he met the Netaji. “Bose visited Prague, where he sent for Nambiar. The latter had established himself as a  prominent journalist,” said Balachandran, who, during the course of his research, managed to find all Nambiar’s dispatches from 1926 to 1934. When Czechoslovakia was invaded, he travelled to South of France and hid in Foix, a small village on the Spain border.

“Nambiar was on the run and had lost track of both Nehru and Bose until a journalist tracked him down,” Balachandran explained. “He thought he was in trouble, but the man turned out to be a messenger from Bose.” Subhash Chandra Bose needed someone to run his operations in Germany when he left for Japan in the 1940s. “Bose hoped Nambiar might take over his operations in Germany.” he said. “The  Indian legion ultimately rose to about 4000 people but they had to retreat after the tide turned in favour of the Allies.” Nambiar was banished to a concentration camp, where he remained for six months. “After that, Nehru wanted him to join his government, which he flatly refused to do. He was an impoverished man in Europe but he wanted to stay there. Even so, he stayed with Nehru every time he came to Delhi,” said Balachandran, whose book contains the letters they exchanged.

Nambiar’s friendship with Nehru and Bose was perhaps, one of the causes of his disrepute. “There is much prejudice against him, even from members of Bose’s family. However, we look merely at British records — other foreign accounts say the Berlin office couldn’t have taken off without Nambiar. That’s the most outstanding thing. He kept Bose’s marriage with Emilie Schenkl a secret until Nehru asked him about in 1947 to send widow compensation.” The prejudice, he says, comes from a “section of Bose’s family who want to milk his reputation.”

The Gandhi family did persuade him to enter the diplomatic service and Nambiar went to Sweden as an Ambassador. “He was fed up  and retreated into his private life,” said Balachandran, who met him in 1980. “Nambiar had become a guardian to Indira Gandhi when her father was in jail and her mother seriously ill.” Balachandran, who was posted on a mission in Western Europe at the time, was asked to visit Nambiar. “Gradually, I was told of his closeness to Indira Gandhi,” he explained. “He would tell me stories too, but never in much detail. He was very soft-spoken, very polite; he never played up being on first-name terms with the country’s leaders.” Balachandran did manage to bring him back in 1982, albeit for a three month spell. “In 1983, he wrote to me saying he wanted to come to India and live here — alone.” Indira, Balachanran writes, was overjoyed at Nambiar’s return and sent him a handwritten note inviting him to dine with her if he was unhappy with the food being cooked in his house. “Three days later, she was assassinated. It shattered him.”He dismisses claims that Nambiar couldn’t possibly have been friends with both men —  “Nehru and Bose never let their professional differences get in the way of their personal relationship. That was also how Nambiar managed to stay a loyal friend to both men. Politics was conducted with a great deal of dignity, although this no longer holds true today.” 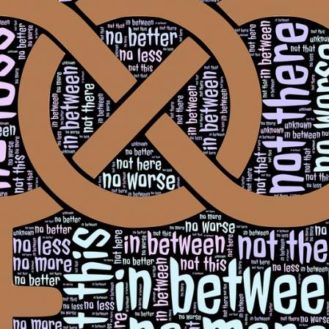 Joining the dharna organised by various Catholic organisations seeking reformation in the church, the nuns alleged that the victim had been denied justice by the…