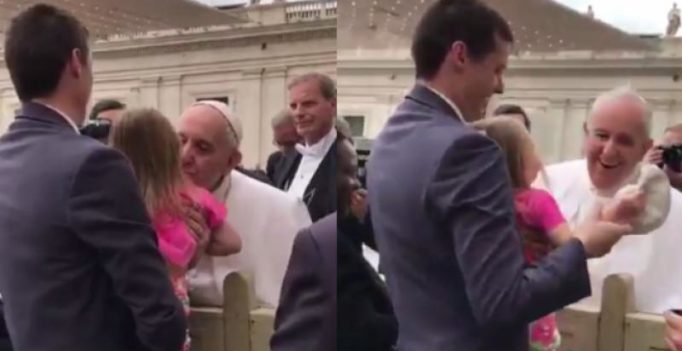 The giggling Pope immediately took back his hat but the Estella seemed to have already left everybody in splits by then. (Photo: Twitter/)Mountain Butorac)

Devotees make sure they are well-behaved at large gatherings to meet their religious leaders as a sign of respect to them but it is always difficult to control children. A young girl however thought of the Pope as just another person who she met during her day of mischief and play.

According to a media report, a godfather along with his goddaughter recently had the opportunity to meet the Pope and it definitely didn’t go as they had planned. The godfather Mountain Butorac took his three-year-old child Estella to meet Pope Francis and take his blessings but the girl decided to snatch his hat almost as soon as she could. The giggling Pope immediately took back his hat but the Estella seemed to have already left everybody in splits by then.

The funny video was posted by her godfather and has since then gone viral on Twitter with over 17,000 retweets and 39,000 likes in just a day. Everybody who saw the video has quite a laugh at how adorable the girl was and the Pope’s response to her. 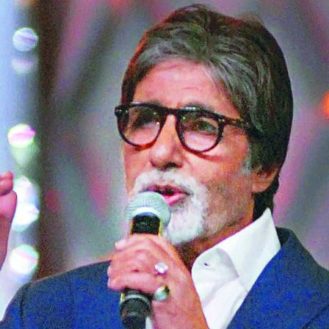