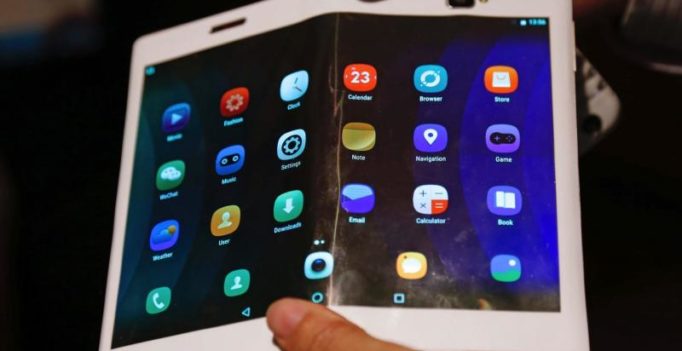 There’s a hinge at the centre of the display, along which it bends to take the shape of a 5.5-inch smartphone with the display on both the sides. (Photo:Engadget)

The science fiction movies from the old days have always shown computers folding like a cloth or floating displays in the air. With technology taking major leaps, the possibilities of such devices becoming a reality are getting true. Samsung is working on a  foldable display based smartphone and reports have also mentioned LG working on the same. Out of the blue, Lenovo took the stage with its foldable tablet that converts into a smartphone.

Called the Lenovo Folio, the device is a concept at the moment but is a completely working prototype. At first glance, the 7.8-inch tablet looks similar to any other tablet in the market with thick bezels. It has a 1920 x 1440 pixel resolution display and runs on Android 7.0 Nougat. The tablet is powered by a Qualcomm Snapdragon 800 chipset, which is not a chipset that one would like to see being used in 2017. But, this could mean that Lenovo has been working on this concept from the time when the SD 800 was new.

However, the familiarity of a tablet changes once you start bending the tablet. There’s a hinge at the centre of the display, along which it bends to take the shape of a 5.5-inch smartphone with the display on both the sides. In a hands-on video, the tablet is shown folding into a dual-display smartphone, just like a diary. The camera feed is displayed on both sides of the smartphone or tablet. In fact, this is a phablet in the true sense.

There are downsides to a device like this. A folding touch screen display means that the device is susceptible to record a lot of accidental touch inputs. Additionally, the tablet in its folded form becomes a thick smartphone, which, compared to today’s ultra sleek examples from leading manufacturers, is certainly impractical.

However, the Folio concept assures that we moving towards transforming devices at a very fast pace. Therefore, in a few years time, we might be having devices with cloth-like flexibility while retaining the practicality of current devices. 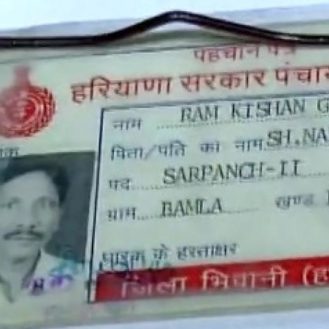