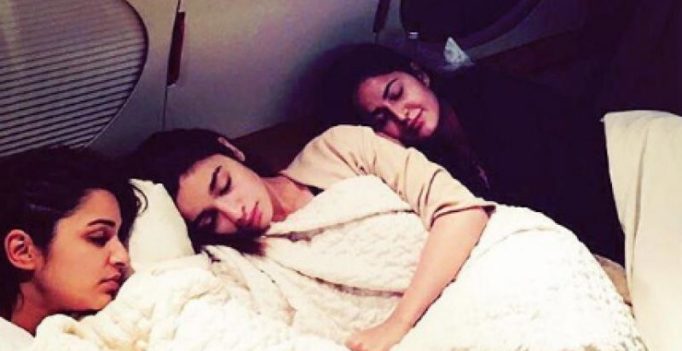 Mumbai: It is often said that two actresses cannot be friends, with stories of tiffs between actresses going on since a long time. But the recent example of the bonding between Sonam Kapoor and Jacqueline Fernandez was one such exception to the saying.

So, to see three actresses getting along, as is evident in this picture of Katrina Kaif, Parineeti Chopra and Alia Bhatt sleeping together, is an unusual sight, perhaps indicating that actresses can be friends.

Alia had also shared a video of her performing aerobics in the swimming pool with Katrina. 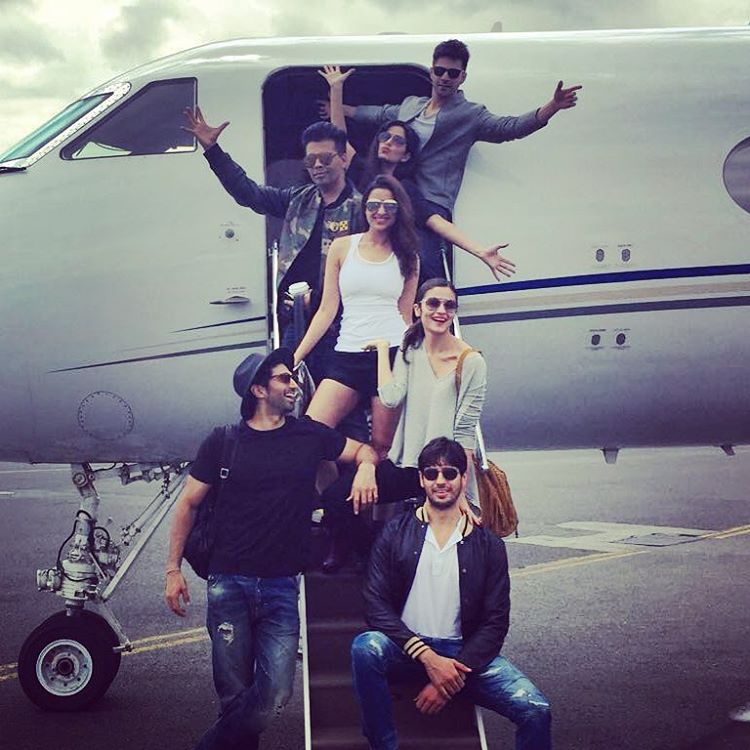 The trio are currently in the United States as part of the Dream Team concert in which they are performing along with the likes of Varun Dhawan, Sidharth Malhotra, Aditya Roy Kapur and Karan Johar among others. The trio have happily posed for pictures along with the rest of the members performing in the concert. 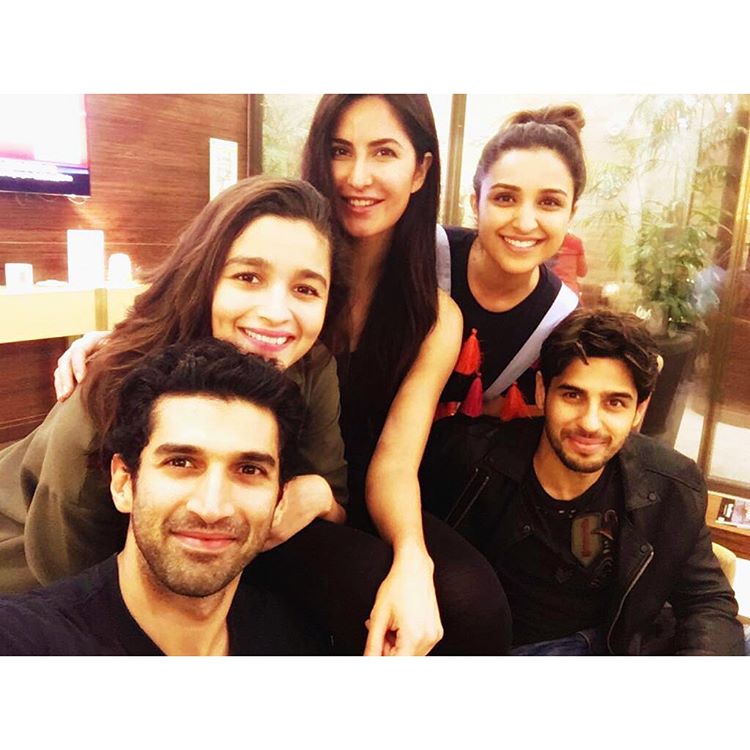 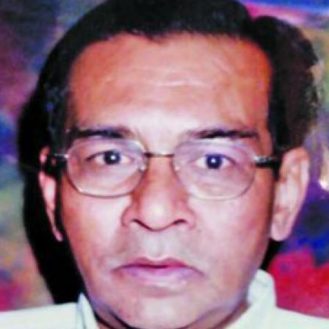