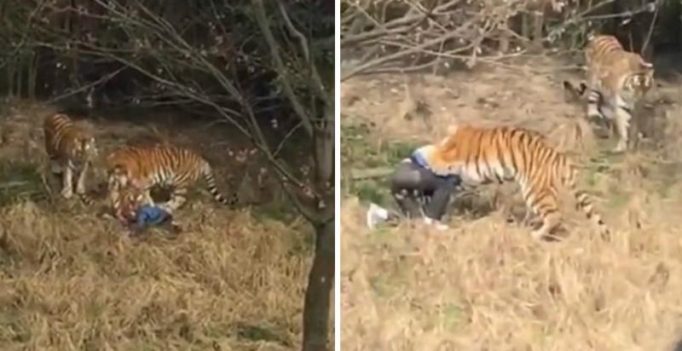 A video footage captured by a terrified onlooker shows the tiger sinking its teeth deeper into man’s neck and dragging him away. (Photo: YouTube Screengrab)

Beijing: A man was mauled to death by a tiger in front of his shocked wife, child and other onlookers after he got dragged into a zoo enclosure in China’s Ningbo city.

The incident took place at Youngor Wildlife Park in the Ningbo city, 200 kilometers away from Shanghai.

A video footage captured by a terrified onlooker shows the tiger sinking its teeth deeper into the man’s neck and dragging him away.

Soon after the attack, visitors raised an alarm and informed the zoo authorities. However, it took about an hour for the authorities to tackle the situation and free the victim from the tiger’s grip.

They somehow managed to scare the big cat with the help of some firecrackers and a water canon, following which the man was immediately rushed to the hospital. He was later declared dead. 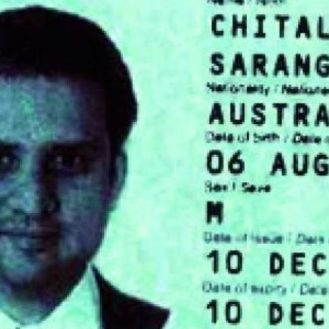