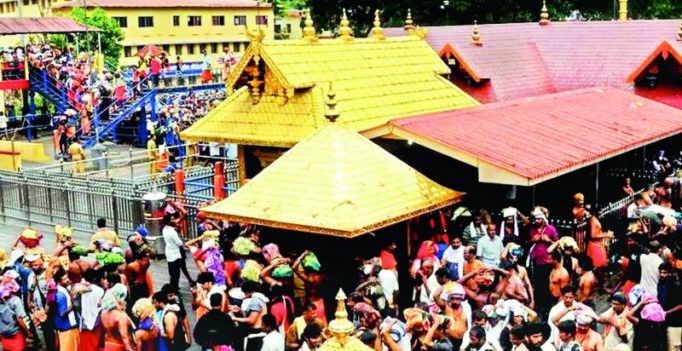 This is the second time the hill temple will open for devotees after the Supreme Court in late September allowed women of all ages to enter it, overruling those who believe that woman aged between 10 and 50 shouldn’t visit the shrine dedicated to Lord Ayyappa. (Photo: File)

Sabarimala: With few hours left for Sabarimala shrine to be opened for one-day pooja, around 2,300 security personnel, including a 20-member commando team and 100 women have been deployed. Last month, violent protests were witnessed against the entry of women of all ages into the shrine.

Orders banning assembly of four or more people have been imposed in Sabarimala and nearby areas, police said on Sunday.

This is the second time the hill temple will open for devotees after the Supreme Court in late September allowed women of all ages to enter it, overruling those who believe that woman aged between 10 and 50 shouldn’t visit the shrine dedicated to Lord Ayyappa.

On Sunday, various Hindu outfits wrote to media houses and urged them not to depute women journalists to cover the one-day event.

“We recognise your right to support or oppose devotees’ stand on the issue, but the issue is highly emotional and we expect you will not take a stand that will aggravate the situation,” the letter said.

Dismissing reports that media was being restrained from going to Sabarimala, Kerala Director General of Police Loknath Behara said there was no bar on entry of journalists.

No restriction of any sort has been imposed on media persons, he said.

“To ensure necessary protection to the media, we are not allowing them now. As soon as security arrangements are complete, media will be allowed in Sabarimala and nearby places,” he added.

Prohibitory orders under Section 144 of CrPc, banning assembly of four or more people, is in force at Pamba, Nilackal, Elavungal, and Sannidhanam for 72 hours from midnight on Saturday.

“If a woman is willing to trek to the temple, if needed, women cops will escort them,” a senior official camping at the hilltop said.

Congress and BJP have condemned the police deployment, saying that it will disturb the serene atmosphere of the temple and would curb free movement of pilgrims.

PS Sreedharan Pilla, state BJP chief said, “No other temple in the country might have faced such an ignominy. Devotees will have to go through five check posts. Chief Minister Pinarayi Vijayan is in hurry to allow women to the temple and he will be fully responsible for its outcome also.”

The shrine would open at 5 pm on Monday for the “Sree Chitira Atta Thirunal” special puja slated for the next day, marking the birthday of the last king of Travancore Chithira Thirunal Balarama Varma, and close at 10 pm on that day.

Tantri Kandararu Rajeevaru and chief priest Unnikrishnan Namboodiri would jointly open the temple doors and light the lamp at the ‘Sreekovil’ (sanctum sanctorum). 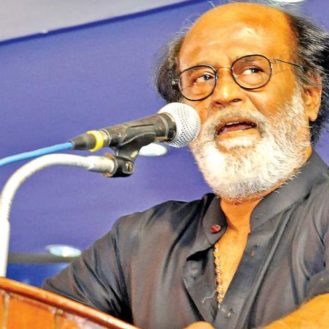