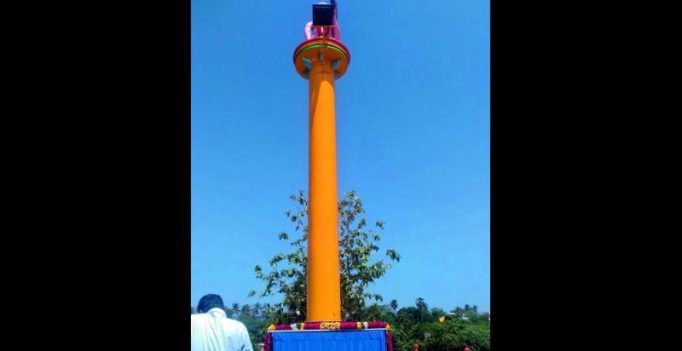 Smaraka Sthupam built in memory of those who laid their lives in fight against illegal sand mining.

Tirupati: Residents of Munagapalem village in Yerpedu mandal built a monument (Smaraka Sthoopam) in memory of 16 persons, who were crushed to death under the wheels of a lorry in front of the police station at Yerpedu in Chittoor district on August 16 last year. The villagers named the monument after the martyrs who laid their lives to protect groundwater in the area.

It may be recalled that a lorry accident took place when they went to police station to complain against illegal sand mining in the Swarnamukhi river passing next to their village. Their concern was about depleting water levels because of illegal sand mining. The villagers formed a committee with one member from each house to fight against the menace then. As the ruling party leaders failed to come for inaugurating the monument because of the byelection in Nandyal, locals invited Padmasri awardee Munirathnam Naidu of Rayalaseema Seva Samiti who inaugurated the memorial on Wednesday. 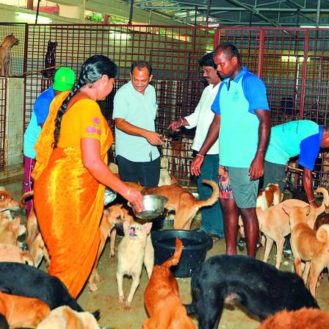