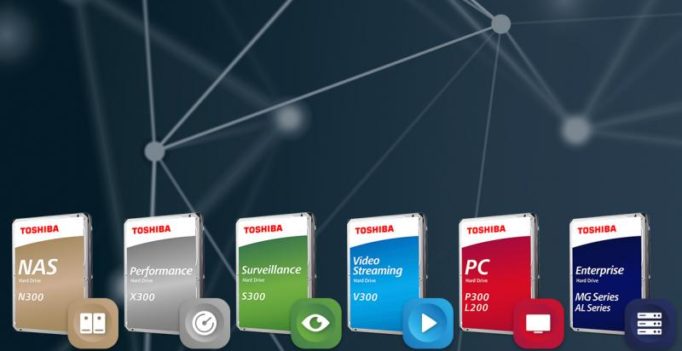 The P300 Desktop PC Hard Drive comes with storage capacities up to 3TB. The model operates at 7,200rpm and built-in shock sensors that detect impact and reduce vibration during read and write operations.

The L200 Laptop PC Hard Drive series deliver up to 2TB capacity in a 2.5-inch form factor and operates at 7,200rpm. It is shock and vibration-resistant compared to 3.5-inch hard drive and works with every major brand notebook computer, gaming systems and for external storage use.

The X300 Performance Hard Drive series offer up to 10TB capacity and features Toshiba’s cache technology, optimizing cache allocation during read/write to provide high-level performance in real time. Available in a 3.5-inch form factor, the X300 performs at 7200rpm and an increased cache up to 256MB.

The N300 NAS Hard Drive series, for personal, home office and small business network attached storage application, is available up to 10TB capacity, and features 7,200rpm and a 256MB data buffer in the 10TB model. It supports eight drive bays in a multi-RAID NAS design, the N300 is highly scalable to the users’ NAS configurations as their data storage needs evolve

The S300 Surveillance Hard Drive comes with a cache size up to 256MB. The S300 performs at up to 7200rpm with a maximum data transfer speed of 248MB. Additionally, the S300 comes with built-in RV sensors to help suppress vibrations in multi hard drive platforms. Available in up to 10TB capacities, the new surveillance hard drive can handle high workloads up to 180TB per year.

The brand has also introduced a new colour branding scheme for its hard drives. The P300 and L200 come in a red desktop/laptop PC label, the X300 in a silver performance label, the N300 in a gold NAS label, the S300 features a green surveillance label and the V300 comes in a blue video streaming label. 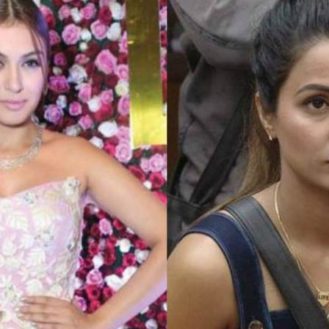