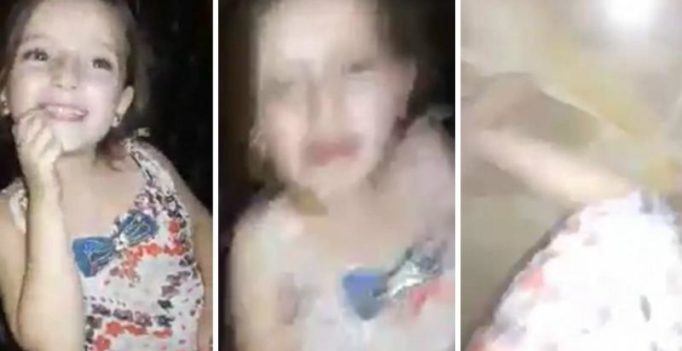 More than 290,000 people have been killed since Syria’s conflict broke out, including nearly 15,000 children. (Photo: Video grab)

London: Giving a glimpse of the horror and chaos that children have to face every day in war-torn Syria, a new footage has emerged showing a young girl singing happily to a camera, seconds before a bomb explodes right outside her home.

The forty four second long video, that has gone viral in social media, shows a young girl, aged four or five, singing gaily to a camera. Seconds later, a massive explosion is heard outside her home. The child is whisked off to safety by her mother, but it is uncertain if there were any casualties.

Last week, the world was outraged after haunting images of four-year-old Omran, sitting in an ambulance after the attack, his face, arms and legs caked in blood and dust went viral.

The photograph became a symbol for the suffering of children in Syria’s brutal five-year conflict that has rocked Syria.  It was reported later that Omran’s older boy succumbed to his injuries.

Omran’s photograph sparked a global outcry, much like the photo last September of three-year-old Syrian boy Aylan Kurdi, whose body washed ashore on a Turkish beach as his family tried to reach Europe.

More than 290,000 people have been killed since Syria’s conflict broke out, including nearly 15,000 children.

Omran’s home city Aleppo has been divided by government control in the west and opposition fighters in the east since 2012.

Regime warplanes, backed by Russia’s air force since September 2015, bombard the eastern districts while rebel  groups fire rockets into the west. Of the estimated 250,000 people still living in the eastern parts of the city, 100,000 are children, according to the UN’s children agency UNICEF. 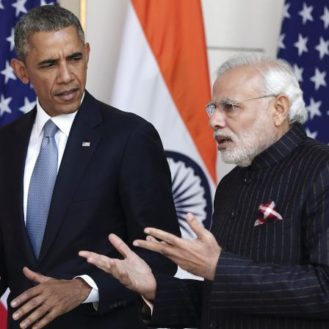