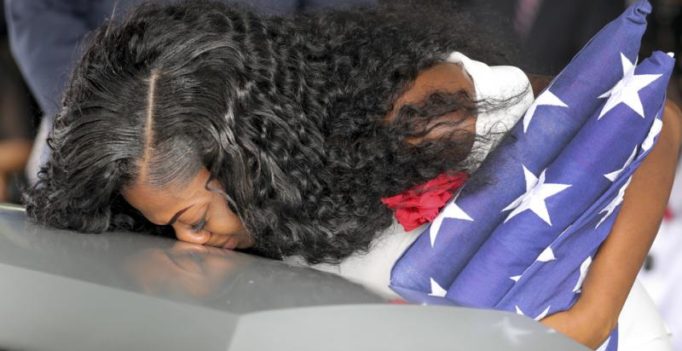 “The only way he remembered my husband’s name because he told me he had my husband’s report in front of him and that’s when he actually said La David,” Myeshia Johnson said. (Photo: AP)

Washington: The pregnant widow of an American soldier killed in an ambush in Niger said Monday that Donald Trump struggled to remember his name during a condolence call, in an account the president immediately disputed.

Trump’s call to Myeshia Johnson, whose husband Sergeant La David Johnson was one of four US soldiers killed in the October 4 jihadist attack, has generated a storm of controversy and comes as questions swirl over how the attack happened.

“Yes, the president said that he knew what he signed up for but it hurts anyways,” Johnson said on ABC’s Good Morning America TV program, in her first public comments on the death of her 25-year-old husband.

“It made me cry because I was very angry at the tone of his voice and how he said it.”

Myeshia Johnson, who is carrying the couple’s third child, said she “heard him stumbling on trying to remember my husband’s name and that hurt me the most.”

“The only way he remembered my husband’s name because he told me he had my husband’s report in front of him and that’s when he actually said La David,” she said.

The US president fired back on Twitter, insisting: “I had a very respectful conversation with the widow of Sgt. La David Johnson, and spoke his name from beginning, without hesitation!”

Details of Trump’s call were made public last week by a Democratic congresswoman who claimed the president had offended Johnson’s widow, drawing accusations from the White House of politicizing the issue.

The escalating row, now heading into its second week, prompted Trump’s chief of staff John Kelly, a former general whose son died in Afghanistan, to deliver an emotive defense of the president — while lashing out at the Florida congresswoman, Frederica Wilson.

Myeshia Johnson told ABC Wilson’s account of the call was “100 percent correct,” saying she was a lifelong family friend and had listened in over a speakerphone.

“Whatever Miss Wilson said was not fabricated,” Johnson said. “Why would we fabricate something like that?”

Asked if she had any words for the president, she replied: “No. I don’t have nothing to say to him.”

The dispute comes amid questions over exactly what happened ahead of the ambush, and the military response afterward.

General Joseph Dunford, Chairman of the Joint Chiefs of Staff, said “we owe the American people an explanation of what their men and women were doing at this particular time.”

Myeshia Johnson also wanted answers about how her husband died.

She was initially told that there had been “massive gunfire” and “my husband as of October 4th was missing,” she said on ABC.

“A couple of days later is when they told me that he went from missing to killed in action,” she said.

The 12 American and 30 Nigerien soldiers on the mission were attacked by about 50 fighters Dunford characterized as locals associated with the Islamic State group.

Questions have been raised over why it took hours before backup support reached the patrol, and why Johnson’s body was left behind and only recovered the following day.

Dunford said the October 3-4 mission was originally approved based on an intelligence assessment that they were “unlikely” to come into conflict with any local forces.

Trump himself kicked off the furor early last week by falsely claiming that Barack Obama and other former presidents did not call the families of fallen soldiers.

As the controversy escalated, the president went on to claim he had called “virtually” all fallen service members’ families since taking office.

That has reportedly left his administration scrambling, with four families of service members receiving rush-delivered letters from the White House in recent days, according to the Atlantic. 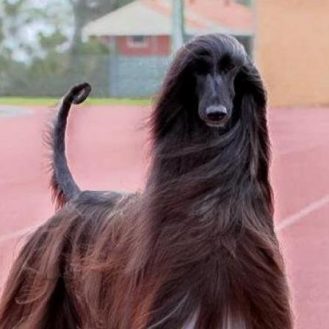