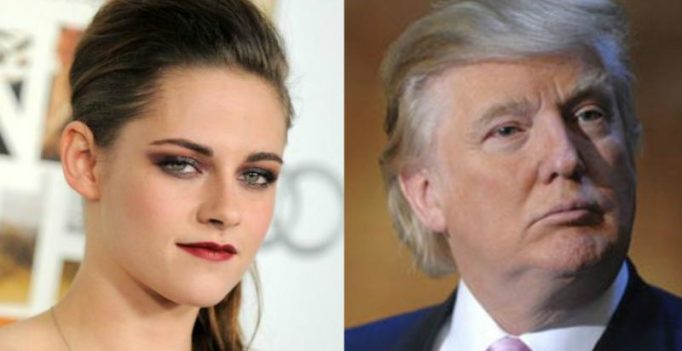 Like Kristen Stewart, several other celebrities have expressed their views on Trump. (Photos: AP)

Park City: ‘Twilight’ star Kristen Stewart said on Friday that President Donald Trump was “obsessed” with her when he posted a series of tweets in 2012 attacking her for cheating on co-star Robert Pattinson.

The 26-year-old actress responded for the first time at the Sundance Film Festival to Trump’s criticisms, made while he was a still a reality star on NBC’s ‘The Celebrity Apprentice.’

The newly-inaugurated president posted five tweets about the Hollywood couple in October and November of 2012 after the actress was caught cheating on Pattinson with ‘Snow White and the Huntsman’ director Rupert Sanders.

Pictures of the embrace were made public, prompting Stewart to apologize for the “hurt and embarrassment” she had caused through the “momentary indiscretion.”

“Robert Pattinson should not take back Kristen Stewart,” an unimpressed Trump tweeted on October 17.

“She cheated on him like a dog and will do it again — just watch. He can do much better!”

He followed that the next day by revealing he was “100 percent certain” that Stewart would cheat again, adding “am I ever wrong?”

On October 22 he implored Pattinson to “dump Kristen Stewart,” adding: “In a couple of years, he will thank me. Be smart, Robert.”

The couple remained together until May the following year, a month after Trump’s final tweet about Stewart — wishing her a happy birthday.

“At that point, he was just, like, a reality star. I had no reference. It wasn’t like really a thing,” Stewart told Variety’s Elizabeth Wagmeister.

“But in retrospect, somebody reminded me of that and I was like, ‘Oh my gosh, you’re right!’ That was like a couple of years ago but, um, hey buddy, what’s up?” 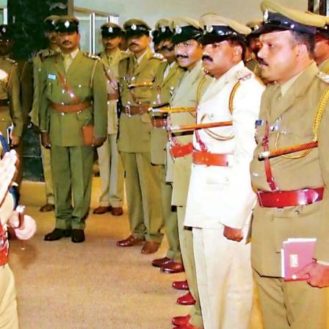 File photo of DIG (Prisons) D. Roopa with other officers. Bengaluru: A day after the whistleblower cop, D.Roopa, Deputy Director General (Prisons) kicked off a…