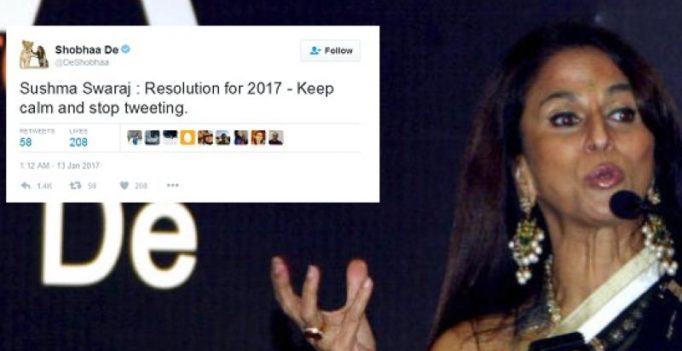 The columnnist tweeted saying that keeping calm and not tweeting should be Shobhaa De’s new year resolution. (Photo: AFP)

Shobhaa De has been in the news quite often recently, more for her remarks towards sportsmen but she has taken it a step further now. The columnist recently took a dig at our Minister of External Affairs Sushma Swaraj and her immediacy in tweeting to people.

According to media reports, the columnist tweeted that said Sushma Swaraj should make a New Year resolution to keep calm and stop tweeting. The tweet however left many people angry and the writer faced the wrath of social media.

The minister has recently got a lot of support from people because she has helped several who have faced problems with their visa and other issues. The prompt and quick responses are a hit on social media so when Shobaa De tweeted, people didn’t not like it at all. 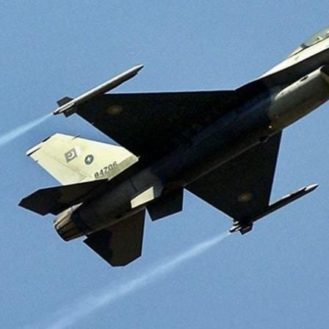