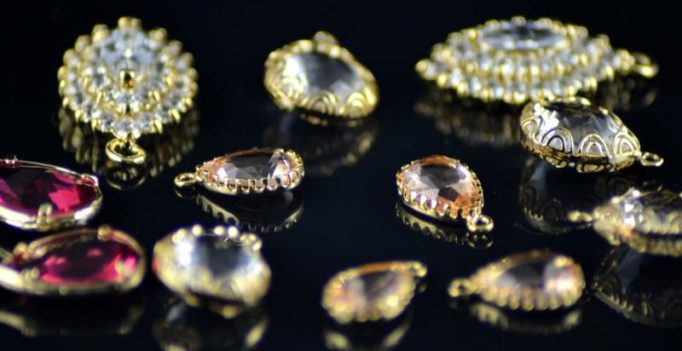 We bought the chair at an auction for £ 5 but that was years ago now. It looked like a dog had slept in it and was in fairly bad condition.”

London: A couple in the UK bought a dusty old chair for just 5 pounds only to discover years later diamond jewellery worth 5,000 pounds hidden inside it.

Angela Milner-Brown, 50, and her husband Angus, 47, had no idea what was hidden inside the chair until years after they bought it.

The couple, from Biggar, South Lanarkshire in Scotland, bought it at an auction around 10 years ago for just 5 pounds but could not afford to have it reupholstered at the time and instead kept it in their attic for six years.

Angela, a scientific proofreader, was quoted as saying by The Telegraph, “We bought the chair at an auction for £ 5 but that was years ago now. It looked like a dog had slept in it and was in fairly bad condition.”

“We couldn’t afford to have it reupholstered at the time so my husband put it in the attic and it ended up staying in there for around six years. Eventually we were able to get the chair reupholstered and it looked really nice, I never expected anything else to come out of it,” Angela said.

“But a few years back my husband surprised me with a diamond ring for our wedding anniversary. He’d found it hidden down inside the chair. The following Valentine’s Day, he gave me a pair of diamond earrings and then a diamond broach at Easter. They must have been hidden inside the chair by previous owners. We just couldn’t believe it,” she said.

Angus discovered the diamond jewellery while he was preparing to have the chair renovated. But he decided to keep the items a secret from Angela in the name of romance.

“My husband was taking off the cushioning material of the chair to have it reupholstered. There were about three or four layers that he had to rip off, and that was when he found the jewellery hidden under the final layer of material,” Angela said.

“My husband is very romantic so he decided to keep the items secret and surprise me with them over the next few celebratory occasions for us. It was a really lovely thing to do,” she said.

The BBC’s Antiques Roadshow visited New Lanark last Thursday, and the couple took the chair and jewellery along to have them valued.

“We thought it would be a good idea to take it along to the roadshow and the experts were just as astonished as we were. They told us that the diamond jewellery and the chair were worth around 5,000 pounds together,” Angela said. 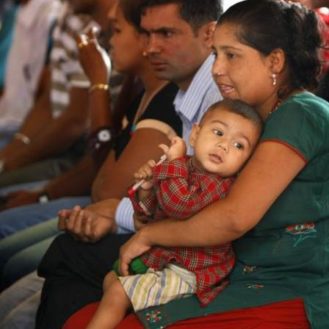