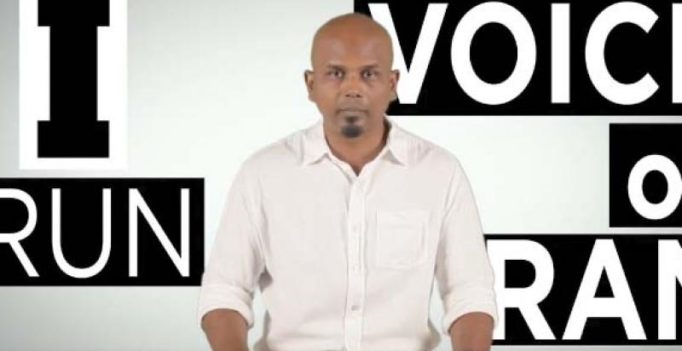 Three words have created generational beliefs about FAIR being the optimum way forward. They have taken on an identity in an angst filled plea on the Internet thanks to ad man and film maker Ram Subramanian through his activist entity on facebook Voice of Ram. “Dear Fair and Lovely, I want you to shut down before 15th August, 2017, so, you have to go! #LetsUncolour #iAmNewIndia,” is a three minute 10 second video that debunks myths and the idea of fairness being tantamount to success. It goes further, pointing an accusing finger on such promotions that in effect, perpetrate notions that are racist and divisive.

Pertinent, making a searing point, its maker, the rabble rouser who was behind the famed documentaries Mute, Unmute, Pause and the viral of AAP main man Arvind Kejriwal’s address to the people, the Bengaluru bred, Mumbai-based film maker Ram Subramanian is back with this new video that is made almost staccato, with large letters, and text running around, asking for an end to this notion that fairness is a universal success getter. The video went viral, with over 1.7 million views, with over 45,000 sharing it further… and commenting on it. It takes a direct dig at the Fair and Lovely cream, and its international company for creating a product that in essence, is saying that dark people are not good enough, and perpetrating a belief that has become a norm.

Yet, why direct it at a particular product? Ram is unrepentant and questions this need to promote fairness and creating generational mindsets, “The difference is not in skin tone but in promoting such ideologies. It is about killing opportunities before they even get one. It is a control mechanism, where dark people will never grow in confidence, and in a country where 98 percent of people are shades of brown, toned and dark, it affects the cultural component of various communities like mine, as a South Indian. It also has a Dalit angle to it, where the colour of your skin makes a negative difference in varied walks of life. A concept that came with the British, it needs to be stopped immediately,” explains the Christ College student who was earlier with O and M as creative director.

But why target a certain product when the Indian diaspora is rife with “fairness” touting products? “It’s a product that has been there since the days of the British, and it is also the largest, which is why. My question is simple… why are you sending such communication that tells a dark person that he won’t get that job, or that match or that salary? Why? That is downright racist. There are a lot of dark women in the country who feel let down, inferior, and that to me is sheer evil and unfair.”

The video sees Subramanian speak matter of factly of the fairness obsession has already gotten thousands commenting. Ram feels, “I challenge anyone to a debate about this, I have nothing against fairness creams, but I have an angst against such type of ideas being circulated among an impressionable public that become beliefs.”

Bhupesh Shah About 30 Years back i was in a grocery store a christian girl asked for fair and lovely tube. The shop keeper told her it s of no use and you will still remain the same but the girl had more faith on the product than the person selling it. I agree it does not help and you are more beautiful as you are Keep faith and trust in yourself.

Ramya Naveen Totally loved the intense of the matter. But Voice Of Ram these companies did not create market for their products, they just used the existing market. Let’s see briefly, “some” women who call themselves as elder by age, wise in thoughts, remarkably fair skinned creatures, create thoughts, impressions to the society over the just born baby’s complexion…This starts even at birth. The problem is solely lies within ours (DNA issue) those brands are well utilising it… We are not victims of those brands but the brand over the thoughts of “some so called elders of our society”

Shreya Roy Chowdhury It’s a mentality of people from all over the world… Dark/ black consider as a negative .. ex- black money, dark secret… People need to change their mentality….. 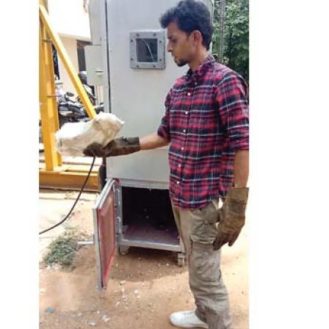