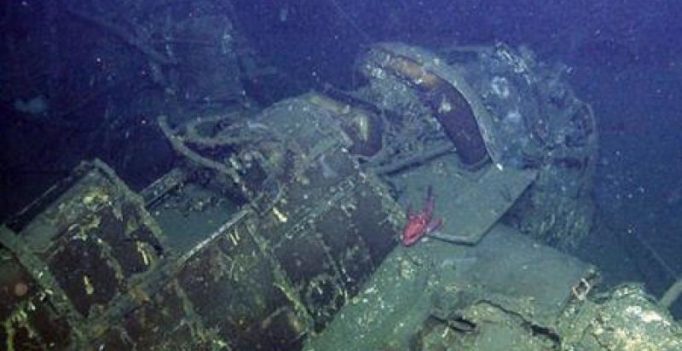 This image provided by Ocean Exploration Trust/Nautilus Live, shows the canopy of a Grumman Hellcat fighter aircraft seen in an aircraft elevator hatch on the sunken wreckage of the World War II-era aircraft carrier USS Independence located half a mile under the sea in the Greater Farallones National Marine Sanctuary off the coast near San Francisco. (Photo: AP)

San Francisco: An underwater expedition along the California coast has revealed for the first time a sunken World War II-era aircraft carrier once used in atomic tests in the Pacific.

The expedition led by famed oceanographer Robert Ballard captured on Tuesday the wreckage of the USS Independence, located half a mile under the sea in the Greater Farallones National Marine Sanctuary.

Scientists aboard the ocean research ship Nautilus lowered two unmanned submersibles to the ocean floor to find a Hellcat fighter plane, anti-aircraft guns, hatches and the ship’s name on the hull.

“What’s so wonderful about the wrecks in deeper water, like this ship, the Titanic and the Bismarck, is that they are in amazing states of preservation,” Ballard said. “There’s very little change from when the Navy scuttled it” in 1951.

“The deep sea is the largest museum on Earth.”

Samples of marine life growing on the ship will be brought onboard to be tested for possible radioactivity remaining from the bomb tests, as well as to be analyzed for the effects of climate change.

Scientists plan to explore the wreckage of a historic steam yacht from 1886 and the freighter Dorothy Windermote as part of the four-month expedition.

Earlier this month, the Nautilus team discovered a “googly eyed” stubby squid while combing the sea floor off the California coast. Video of the researchers delighting in the discovery became an Internet sensation. 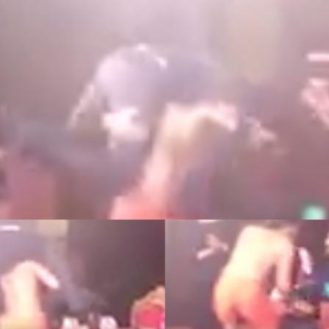