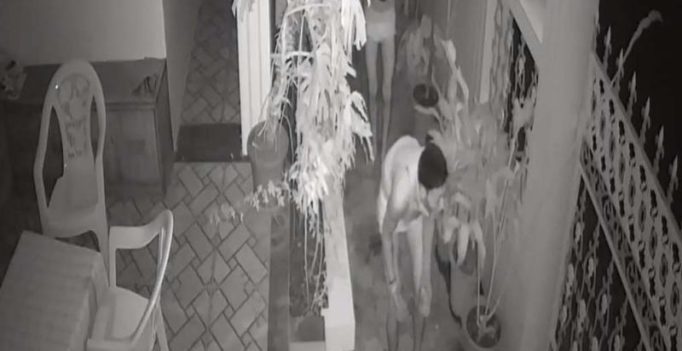 The gang in action, a clipping from the CCTV feed.

Bengaluru: A half-naked armed gang of thieves is on the prowl and creating panic in areas near Bannerghatta, prompting the district police to form teams to track down the thieves. The criminals carry weapons to threaten their victims.

The gang, which roams around in underwear late at night in search of their target, has been caught on the CCTV camera of a house when they entered its compound. As the CCTV visuals went viral, terrified villagers approached the Bannerghatta police and filed a complaint.

Around 4 am on June 7, a three-man gang jumped over the compound wall of the house on Bannerghatta Main Road holding machetes and knives. The police said that the burglars were probably reconnoitring the area, but did not attempt any burglary.

As the burglars tried to break CCTV cameras at some houses and did not succeed, they have been caught in multiple CCTV cameras in the area.

The police, who have registered the complaint, said that they have procured the CCTV footage from the house and nearby areas to track the movement of the burglars. The burglars, who wear only their undergarments and cover their faces with towels, also seem to have applied oil on their bodies to escape if anyone tries to catch them, the police said.

The police suspect that the gang members may not be locals and may have come from other states. The police said that they are probing the incident and will soon arrest the burglars.

A security guard was allegedly attacked and shot at in Ulsoor on Monday afternoon after two men armed with weapons attacked the guard on the pretext of asking for a job at a liquor mart.

The police said that the victim, Rajesh, hails from Assam. Rajesh was at work at a liquor mart at Haralur in Bellandur when the incident occurred around 2.30 am on Monday.

The police said that two men approached him on the pretext of asking him about a job vacancy at the mart as guard. When Rajesh said that he didn’t know about any vacancies and asked them to leave, they allegedly attacked him with iron rods.

In his complaint to the police, Rajesh stated that a cab driver was a witness to the incident but did not come forward though he was screaming for help. The assault was captured on the CCTV camera installed at the liquor store and the police are investigating on the matter. 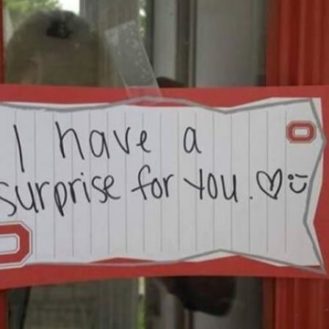