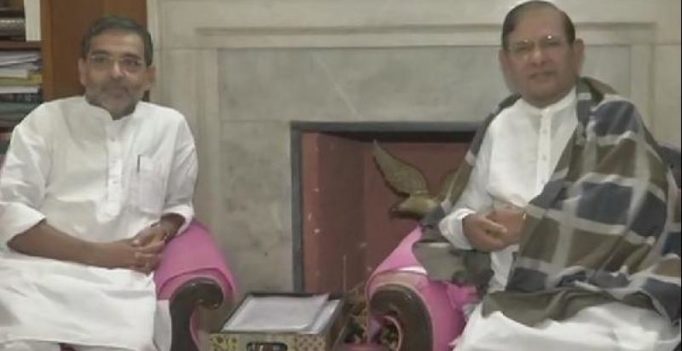 In a tweet, Kushwaha described the meeting as a courtesy call. (Photo: ANI)

New Delhi: Union Minister and Rashtriya Lok Samta Party chief Upendra Kushwaha, who is a BJP ally, met opposition leader Sharad Yadav on Monday. The meeting came amid speculation that Kushwaha may switch camps over his differences with Bihar Chief Minister Nitish Kumar and the proposed seat-sharing arrangement among the BJP’s Bihar allies for next year’s Lok Sabha elections.

Kushwaha met Yadav at the latter’s residence where both leaders were believed to have discussed the current political situation, especially in Bihar, sources in Kushwaha’s party said.

In a tweet, Kushwaha described the meeting as a courtesy call.

He has often asserted that he would work to get Narendra Modi elected as Prime Minister for another term, but his unease with Kumar Kumar and meetings with opposition leaders, including RJD’s Tejashwi Yadav, have sparked speculation about his future course.

Sharad Yadav had snapped ties with Nitish Kumar after the JD(U) chief joined hands with the BJP last year, and he was working to rally the opposition against the BJP.

Kushwaha has expressed reservations to BJP president Amit Shah’s proposal that both his party and Ram Vilas Paswan-led LJP contest fewer number of seats in 2019 than they did in 2014 so that Nitish Kumar’s JD(U) could be allotted as many seats as the BJP contests in.

The RLSP, which had fought three seats in 2014 and won all, is unlikely to be spared more than two seats.

An old rival of Nitish Kumar, Upendra Kushwaha had also attacked the chief minister for allegedly insulting him and had targeted him again on Sunday over reports that two MLAs of his party may join the JD(U).

He had said he would apprise Amit Shah of the “humiliation” he had suffered at the hands of Nitish Kumar and also request him to clear the confusion over seat-sharing among the BJP-led National Democratic Alliance (NDA) constituents in the state at the earliest.

He also took a jibe at Nitish Kumar, saying the JD(U) chief had an expertise in breaking parties but he would continue with his fight. 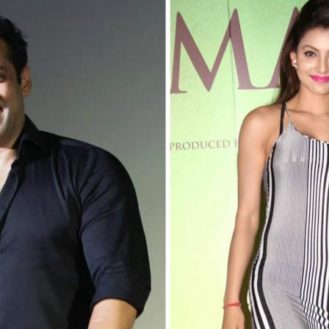