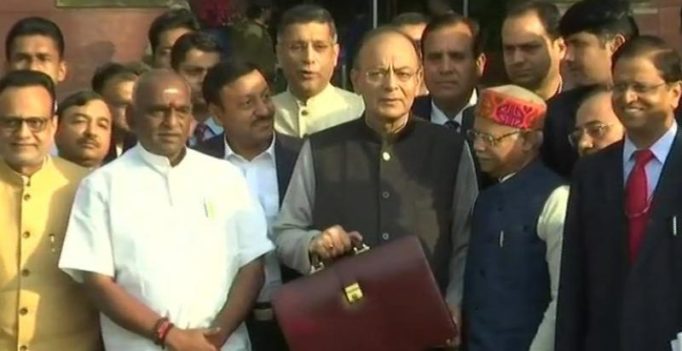 inance Minister Arun Jaitley will present the Union Budget 2018 at 11 am. (Photo: ANI)

New Delhi: All eyes are set on the Union Budget 2018 which will be tabled by Finance Minister Arun Jaitley in Parliament at 11 am on Thursday.

It is the last full-fledged Union Budget by the BJP-led NDA government ahead of the Lok Sabha elections slated for 2019.

Markets opened in the green with both indices Sensex and Nifty pushing higher than Wednesday’s close. The benchmark BSE Sensex rose by 171.38
points, or 0.47 per cent, to 36,136.40 in opening trade.

9:55 am: Finance Minister Arun Jaitley arrives in Parliament with the Budget document. 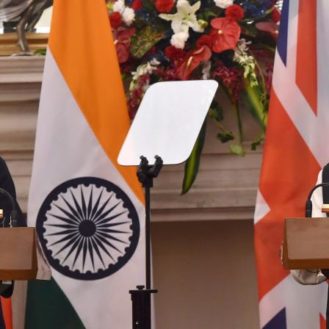