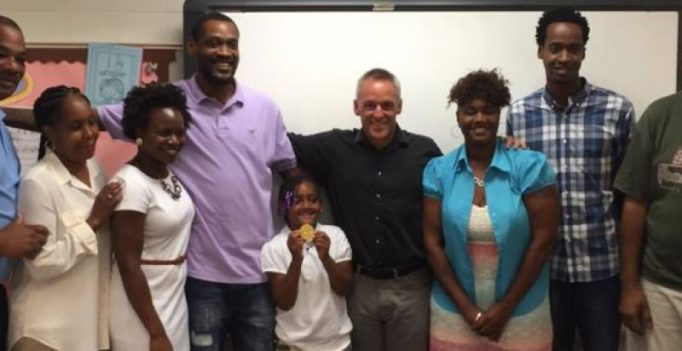 Olympic champion Joe Jacobi, in black shirt, thanked Chloe Smith who found his stolen gold medal in a trash and returned to him. (Photo: Twitter)

Atlanta: An Olympic champion in the United States is thanking a 7-year-old girl in the who found his gold medal in a pile of trash weeks after it got stolen.

Joe Jacobi won the medal in men’s canoe double slalom at the 1992 Olympics in Barcelona. Jacobi says it was stolen when somebody broke into his car in June.

Weeks later, Chloe Smith was walking with her father when she spotted the gold medal discarded in a pile of garbage. Chloe returned the medal to Jacobi, who had posted about the theft on social media. The former Olympian then promised to visit Chloe’s school and let her classmates know about her good deed.

Jacobi on Monday spoke to Chloe’s first-grade class at Woodson Park Academy. WSB-TV reports the Olympian brought his recovered gold medal with him. 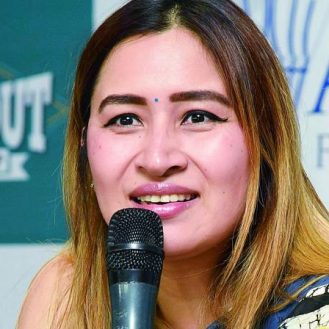