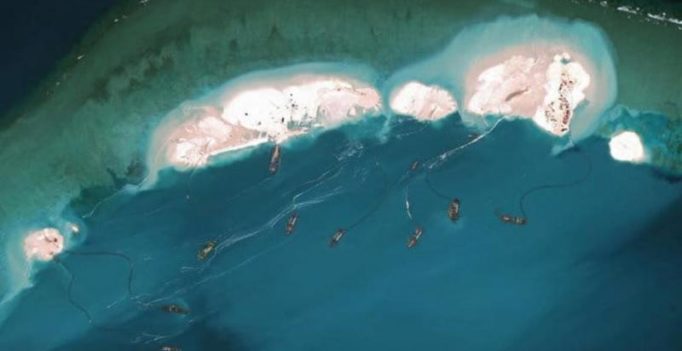 Manila: The United States, Australia and Japan on Monday denounced Beijing’s island-building and militarisation of the South China Sea, in contrast to the increasingly tepid response from Southeast Asian nations over the festering issue.

The three countries oppose Beijing for building giant artificial islands that could be used as military bases, fearing it will eventually establish de facto control over the waters.

China insists the nations should stay out of what it says are purely bilateral disputes with its neighbours.

On Sunday, Foreign Minister Wang Yi warned any interference from “outside parties” could jeopardise negotiations over the code of conduct.

China claims nearly all of the sea, through which US$ 5 trillion in annual shipping trade passes and which is believed to sit atop vast oil and gas deposits.

Its sweeping claims overlap with Vietnam, the Philippines, Malaysia and Brunei – all members of the 10-nation Association of Southeast Asian Nations (ASEAN) bloc – as well as Taiwan.

But in recent years Beijing has managed to weaken regional resistance by courting some ASEAN members.

On Sunday, Beijing scored a coup when ASEAN ministers issued a diluted statement on the dispute and agreed to Beijing’s terms on talks during a security forum which the bloc is hosting in Manila.

China insists that a much-delayed code of conduct between it and ASEAN members over the disputed sea must not be legally binding, a demand to which Southeast Asian countries have so far acquiesced.

But in a joint statement after their foreign ministers met on the sidelines of the same gathering, the US, Japan and Australia delivered a noticeably sterner rebuke to Beijing.

Criticising ongoing “land reclamation, construction of outposts, militarisation of disputed features” in the disputed sea, the trio said any code of conduct must be “legally binding, meaningful and effective”, a demand noticeably absent from the ASEAN statement.

The three nations also called on China and the Philippines to respect last year’s international arbitration ruling which dismissed much of Beijing’s claim in the sea.

The Philippines had been one of the most vocal critics of China and filed a case before a UN-backed tribunal.

But after the election of President Rodrigo Duterte last year, Manila has played down the verdict in favour of pursuing warmer ties with Beijing, a move that led to offers of billions of dollars in investments or aid from China.

Critics of China have accused it of assiduously dividing ASEAN, which operates on a consensus basis, with strong-arm tactics and chequebook diplomacy, enticing smaller countries in the bloc such as Cambodia and Laos to support it.

Vietnam, which had been pushing for stronger language in Manila, has been largely left to fend for itself since Duterte’s China rapprochement. 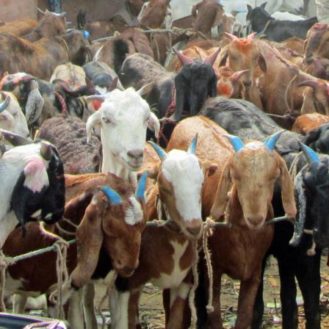