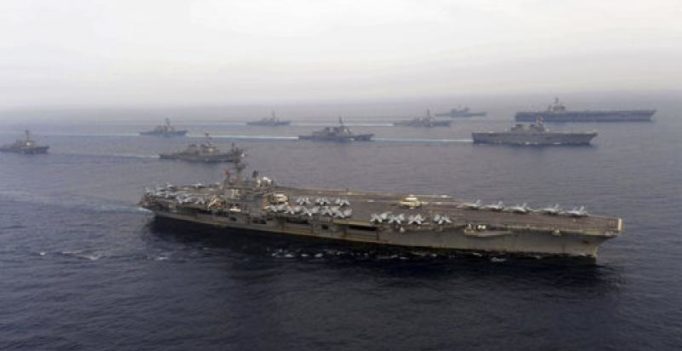 Washington: Two US aircraft carriers and their escort vessels carried out naval maneuver in the Sea of Japan this week in a show of force directed at North Korea, a US official said on Saturday.

The USS Carl Vinson and the USS Ronald Reagan led the three-day exercises that ended on Friday, with a total of a dozen US ships participating along with two Japanese vessels.

The exercise came as tensions in the region have risen following a series of missile tests by North Korea that underscored its efforts to develop long-range, potentially nuclear strike capabilities.

The two carriers were deployed to the area as “a strong message that the provocative behavior of North Korea doesn’t go without an answer from us,” said the official.

At the same time, the Navy stressed it was a regular training operation.

“Operating two carrier strike groups in the Western Pacific provides unique training opportunities for our forces and provides combatant commanders with significant operational flexibility should these forces be called upon in response to regional situations,” they said in a statement.

After the exercise, the Carl Vinson was heading back to its home port in San Diego, California while the Japan-based Ronald Reagan was to remain in the region.

The US has stepped up its muscle-flexing in recent months in response to what it sees as aggressive shows of strength by North Korea.

The test was the first time that a ground-based interceptor rocket was launched from California and smashed into a dummy ICBM fired from the western Pacific, destroying it.

As part of ramping up pressure on North Korea, Washington on Thursday presented a draft of UN Security Council resolution that would impose new sanctions on Pyongyang and condemn ‘in the strongest terms’ its recent tests.

Separately the US treasury also hit a number of North Korean firms and two Russian companies trading with the country with economic sanctions. 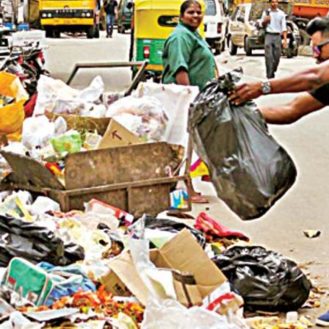