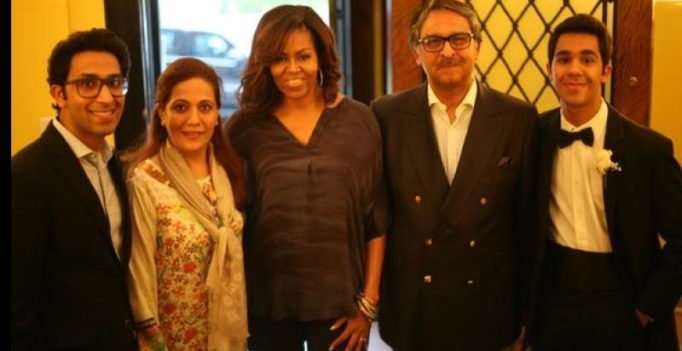 The first lady was invited to his residence, the Pakistan House, to participate in his son’s graduation party. (Photo: Twitter)

Islamabad: Pakistan on Tuesday rejected as “baseless” the reports that US has reprimanded its ambassador in Washington after he tweeted an image of him and his wife with the first lady Michelle Obama.

In a statement, the Foreign Office said the media reports published regarding a letter of displeasure from the White House to Pakistan’s ambassador to the US Jalil Abbas Jilani was “completely incorrect and baseless”.

“No such letter from the White House has been received either in our Mission in Washington or this Ministry. It is nothing but a figment of the Reporter’s own imagination,” it said.

It further said it was “unethical” on the part of the reporter, based in Washington, to have filed a “baseless story without verifying its authenticity.”

In a report, Pakistani daily ‘The News International’ claimed that in a strongly-worded letter addressed to the ambassador, the White House criticised the actions of Pakistan’s top diplomat.

Quoting sources, the paper said the official letter “showed displeasure” and accused the ambassador of breaching trust and being undiplomatic in his action.

It said the letter was sent in connection with a picture tweeted by the ambassador in May.

The tweeted image showed Ambassador Jilani and his wife with the first lady, Michelle. “It was an absolute delight hosting FLOTUS at Pakistan House today,” Jilani had said in his tweet

The tweet along with the picture dispensed the impression that Ambassador Jilani has close ties with America’s first family, it said.

A section of the press also carried out analysis that Michelle and Ambassador Jilani discussed bilateral relations.

The paper said the White House appeared disappointed by the impression that was forged and reminded in the letter that the first lady’s short stopover at the ambassador’s residence was personal and extracting any political gain out of that was unprofessional.

Michelle Obama was invited to the ambassador’s residence – otherwise known as the Pakistan House – to participate in his son’s graduation party.

The envoy had removed the image from his twitter feed a few hours after tweeting it.

The paper also reported that when asked to comment on the incident, the ambassador in his one-liner reply termed it “incorrect”.

The Pak-US ties strained after Congressional restriction on financing of F-16 fighter jet’s sale from Foreign Military Financing programme, due to which Pakistan could not buy the jets.

The relationship further suffered when the US carried out a drone strike in Balochistan, killing the Taliban chief, which was termed by Pakistani leadership a violation of the country’s sovereignty. 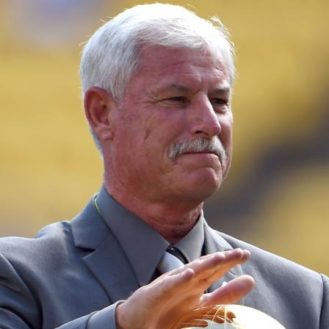