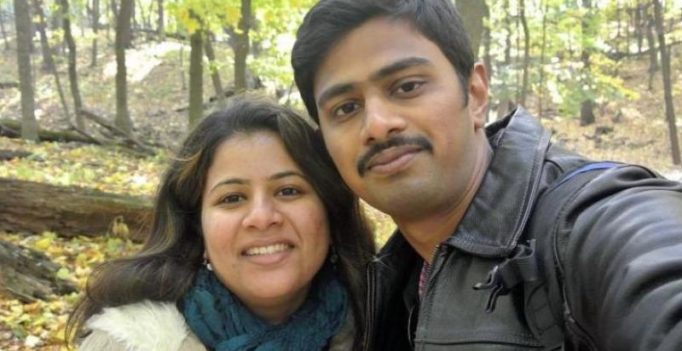 Earlier in 2018, he pleaded guilty in federal court to hate crime and firearm offenses arising out of the shooting.

At his federal guilty-plea hearing, Purinton admitted in open court that he targeted and shot Kuchibhotla and Madasani because of their race, colour, and national origin, and that he shot Grillot during an attempt to flee the scene of the crime.

None of his victims were in court today.

“The crimes at issue in this case are detestable,” Attorney General Jeff Sessions said in a statement.

“The defendant acted with clear premeditation in murdering one man, and attempting to murder a second man, simply because of their race, religion, and national origin. As a result, a promising young life has been tragically cut short, and other lives have been filled with suffering.”

Jeff Sessions said that while the “irreparable harm” that Purinton has done cannot be undone, “some measure of justice for the victims’ families has been achieved.”

In a statement, Kuchibhotla’s widow said that her husband was always “respectful to others” and would have helped Purinton understand that not every brown skinned person is evil but is contributing to America’s growth.

“My husband was more than what you chose to address him as. Always kind, caring, and respectful to others. Srinu and I came to the US of America full of dreams and aspirations…Now, my American Dream – and that of Srinu’s – is broken,” Sunayana Dumala said in the statement read out in court today as Purinton was sentenced, calling her husband by his informal name.

“…(U)se the time that is being given to you to educate yourself and inform others who are still out in the open and stop them from killing innocent people as you did – choosing violence over kindness,” she added.

US Attorney Stephen McAllister for the District of Kansas said a person should be able to live without fear of becoming a victim of hate crimes irrespective of “who you are, what you believe, or how you worship.”

According to evidence presented in court, a few weeks before the shooting, Purinton was sitting by himself in the bar area at Austins Bar & Grill when, coincidentally, Kuchibhotla and Madasani happened to be having a drink on the patio. Noticing the two men, Purinton commented to a regular sitting at the bar, “Did you see the terrorists on the patio?”

On February 22, 2017, Purinton drove to Austins Bar & Grill and sat by himself at a table on the enclosed front patio. Sitting at the table to his left were Ian Grillot and several other patrons as well as Kuchibhotla and Madasani. He approached Kuchibhotla and Madasani, and demanded to know where they were from and how they entered the country.

Purinton poked Kuchibhotla in the chest, called him a “terrorist” and an epithet disparaging persons of Middle Eastern descent, and shouted, “Get out of my country!”

Grillot and another patron interceded, told Purinton that he needed to leave, and escorted him out of the bar.

Purinton drove home and retrieved a semi-automatic pistol and to disguise his identity, changed into a different shirt and grabbed a blue-and-white scarf. Later, he returned to the bar.

He walked over to the enclosed front patio, opened the door, aimed his semi-automatic pistol at Kuchibhotla and Madasani, and fired eight rounds-at least four of which struck Kuchibhotla, who died from his injuries, and one of which struck Madasani, who was injured, but survived. Hours after the shooting, Purinton stated over the phone to a friend, and later in person to a bartender, that he had just killed some Iranians. 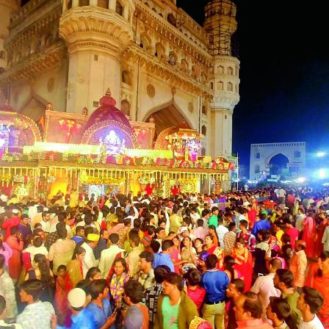