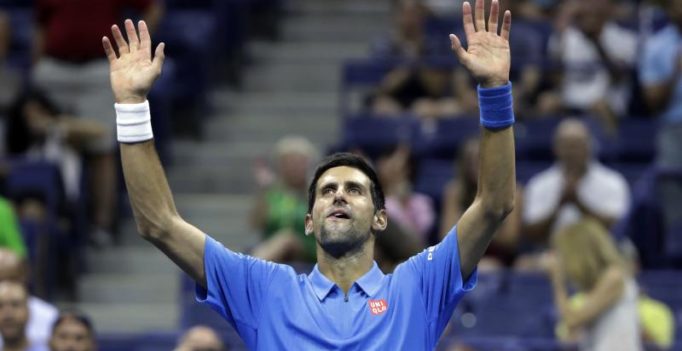 This was a welcome boost for top seed Djokovic who had required treatment on his upper right arm in his laboured first round win over Jerzy Janowicz. (Photo: AP)

New York: Defending champion Novak Djokovic reached the third round of a major for the 33rd successive time without hitting a ball when his scheduled opponent pulled out with an injury.

World number one Djokovic was handed a walkover when Jiri Vesely of the Czech Republic withdrew from their second round encounter suffering an inflammation of the left forearm.

Vesely’s misfortune was a welcome boost for top seed Djokovic who had required treatment on his upper right arm in his laboured first round win over Jerzy Janowicz on Monday.

Left-hander Vesely had defeated the Serb at the Monte Carlo Masters in April. Djokovic will face either Guido Pella of Argentina or Mikhail Youzhny of Russia on Friday for a place in the last 16.

“I’m very, very disappointed right now,” said 23-year-old Vesely who was also forced to pull out of his quarter-final in Winston-Salem last week with the same injury.

“I was looking forward to playing Novak, I would have nothing to lose. It’s a lot of fun, a lot of excitement. I wish I could play.”

The 33-year-old, playing at Flushing Meadows for the 14th time, goes on to face either Yulia Putintseva of Kazakhstan or Germany’s Carina Witthoeft.

“It’s nice of course to come back but you have a lot of pressure,” said Vinci who was ranked 43 in the world this time last year.

“Now I’m seven in the world — a lot of points to defend. But probably the key is don’t think about this.”

Kvitova, the 14th seeded Czech who recorded her best performance in New York 12 months ago when she made the last-eight, beat Turkey’s Cagla Buyukakcay 7-6 (7/2), 6-3.

Kvitova was in her trademark all-or-nothing mood, mixing up 31 winners with 30 unforced errors against her 26-year-old opponent, the first Turkish woman to play in the main draw at the tournament.

“If I make the second week, I’ll be happy,” said Kvitova, keen to dampen down expectations.

Up next for Kvitova is Ukrainian 22nd seed Elina Svitolina who put out Lauren Davis of the United States 6-1, 4-6, 6-3. 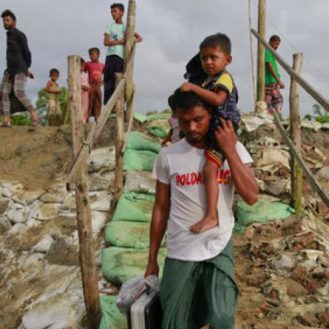