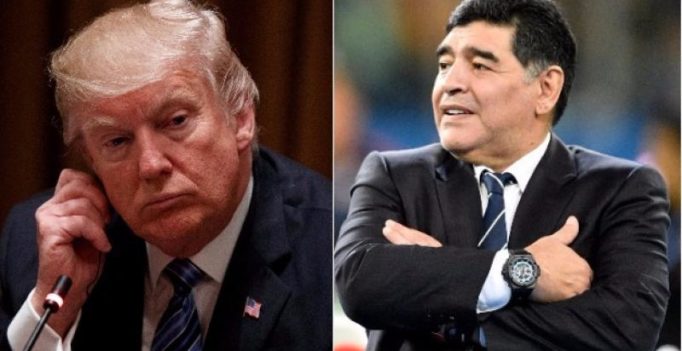 St. Petersburg: Diego Maradona doesn’t shy away from providing his opinion on football, even if it means criticising the best players. And now, the Argentine football legend had his say on politics, blatantly ridiculing US President Donald Trump.

Maradona, who recently visited Russia to attend the FIFA Confederations Cup final between Chile and Germany, was questioned by journalists about his opinion on the country’s leader, Vladimir Putin and his American counterpart Donald Trump.

The World Cup winner raised eyebrows with his answer stating Trump as a cartoon character who cannot be taken seriously while hailing Russia’s Putin as a ‘phenomenon’.

“For me, he’s more of a comic,” he said of Trump, as quoted by RT.
“He’s like a cartoon to me, if we talk about politics… Every time I see him on TV, I switch the channel.”

The Argentine icon even spoke about how Trump’s presidency could lead to war.
“One shouldn’t forget about Russia, China, about North Korea. The US isn’t the county sheriff anymore. We’ll find a gun to match the one they have.”

“When you see such cartoon characters like Trump, you begin thinking that if such a man takes it into his head we may all become enemies.”

Maradona, however, was all praise for Putin insisting that the Russian President is one of the top leaders.

“I think that after (Hugo) Chavez and Fidel (Castro), Putin – together with (Daniel) Ortega and Evo (Morales), represent the ‘top league” of political leaders,” he said.

“Putin is a man who can bring peace to many in this world. He’s a phenomenon; simply a phenomenon.” 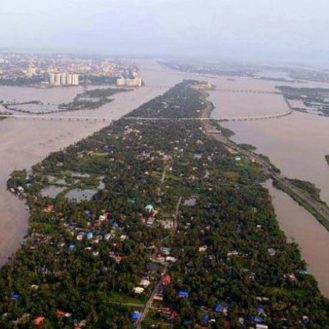