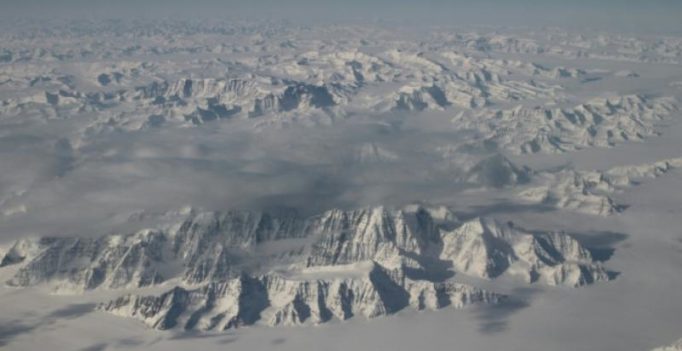 This handout photo taken on March 26, 2016 and released by NASA shows a perspective of the northeast coastline of Greenland, one of the world’s two great ice sheets, whose melting could contribute to rising sea levels. (Photo: AFP)

In the last days of Barack Obama’s administration, US government scientists warned even more sea level rise is expected by century’s end than previously estimated, due to rapid ice sheet melting at the poles.

The report by the National Oceanic and Atmospheric Administration (NOAA) set the “extreme” scenario of global average sea level rise by 2100 to 8.2 feet (2.5 meters), up half a meter from the last estimate issued in 2012.

“It is possible. It has a very low probability. But we can’t discount it entirely.”

The figures are among the highest ever issued by the US government, and take into account new scientific studies on the disappearing ice cover in Greenland and Antarctica.

“Recent (scientific) results regarding Antarctic ice sheet instability indicate that such outcomes may be more likely than previously thought,” said the report, released on January 19.

It also revised the lower end of the anticipated range, saying nearly one foot (0.3 meters) is expected by 2100, up from four inches (0.1 meters) previously.

This put the NOAA report closer in line with the 2013 United Nations Intergovernmental Panel on Climate Change, which said global sea levels would likely rise from one to three feet by the end of the century.

The US space agency NASA has also warned that significant sea level rise is “unavoidable,” given mankind’s continued burning of fossil fuels like oil and gas that contribute to warming the planet.

In 2015, NASA said the Earth is likely locked in to at least three feet of sea level rise, and probably more.

But the big question remains: how soon? Researchers do not know how soon the seas will rise, and whether they will hit these levels in this century or beyond.

“We are not projecting anything. Everything is dependent on the amount of future heating, ocean and atmospheric heating,” explained Sweet.

Though experts warn that the past is not an accurate predictor of future sea level rise, global average sea level has climbed eight to nine inches since 1880, when modern record-keeping began.

Much of that has taken place in recent years, as global warming has accelerated. Seas around the world have risen an average of nearly three inches since 1992.

The NOAA report also pointed to regional dangers of sea level rise, with some portions of the US coast more likely to see above-average rise and increased flooding than other parts of the world.

“The world’s ocean is not going to rise like water in a bathtub,” said Sweet.

With the exception of Alaska and the Pacific Northwest, almost all US coasts are expected to see greater than global average sea level rise in the next eight decades.

Land in Alaska is rising, but in Louisiana and along the Gulf Coast and the mid-Atlantic, it is sinking.

Other factors, like changing ocean circulation in some parts of the planet, affect how much oceans mount in various places.

As ice sheets melts, the gravity around Earth will change as the planet loses mass, causing some areas to see higher or lower sea level rise than the global average.

Six feet would flood the homes of six million people in the United States.

Sweet said the report’s release was not planned to coincide with the end of the Obama presidency, or to precede the inauguration of Donald Trump, who has expressed doubts about climate change and pledged to increase fossil fuel extraction in the United States.

“But no, this has actually been in the works for over a year.” 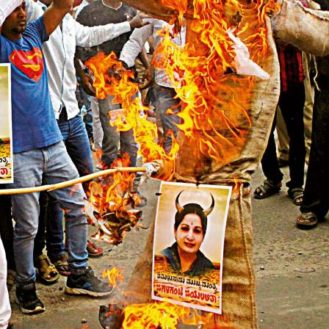 ‘With a heavy heart’, K’taka releases Cauvery water to TN amid protests

A crocodile caught by forest offcials at an irrigation canal in Avidi village of Kothapeta mandal on Sunday night. Rajahmundry: An adult crocodile almost 150…