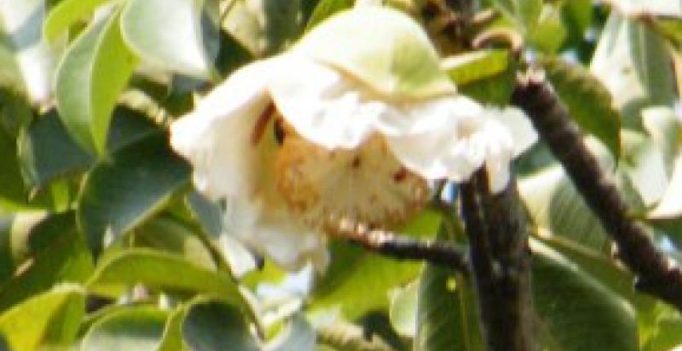 The sample analysis showed the tree was infested with multiple bacteria and fungi. The tree was put under treatment in February and administered chemical therapy twice. (Photo: yarnspinnerr.wordpress.com)

Lucknow: The ancient Parijat tree in Barabanki district, which is said to have magical powers, has been cured of its ‘ailments’.

The tree has been ‘cured by the treatment administered by the National Botanical Research Institute (NBRI) here. The tree had been found to be decaying due to bacterial and fungal infections last year. The Parijat tree, that is believed to date back to the Mahabharata era, is one of the most revered and rare trees in Uttar Pradesh.

It is said to have wish-granting powers and those that get the Parijat flower which is seen rarely, are said to be doubly blessed. A fair is held around the tree every Tuesday and thousands come from far and near to pray.

According to mythology, it was brought from heaven by Arjun and Kunti used to offer its flowers of Parijat to Lord Shiv. Another mythological tale claims that Lord Krishna brought this tree for his beloved queen Satyabhama.

Historically, the tree is believed to be ancient and even botanists have been unable to ascertain its age. Last year, when the Parijat was found to be decaying and termites were found on its truck, there was a massive protest by devotees who saw this as a bad omen.

The forest department took the help of the NBRI scientists and senior scientist Dr. S.K. Tiwari said that on their first visit to the site, they had collected samples of the tree’s healthy tissue, wood from the affected portion and soil to find the cause.

The sample analysis showed the tree was infested with multiple bacteria and fungi. The tree was put under treatment in February and administered chemical therapy twice.

NBRI had administered chemical treatment to the tree and it has now recommended a microbial bio-pesticide (Bacillus based inoculants) to be applied on the trunk and leaves of the tree thrice in a year to keep it clean of infections. 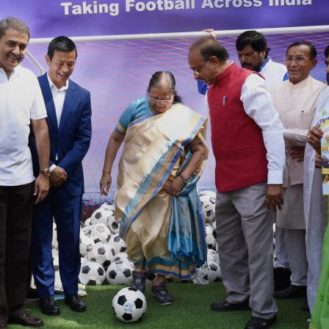 French policemen secure the area at the Paris’ Orly airport on March 18, 2017 following the shooting of a man by French security forces. (Photo:…