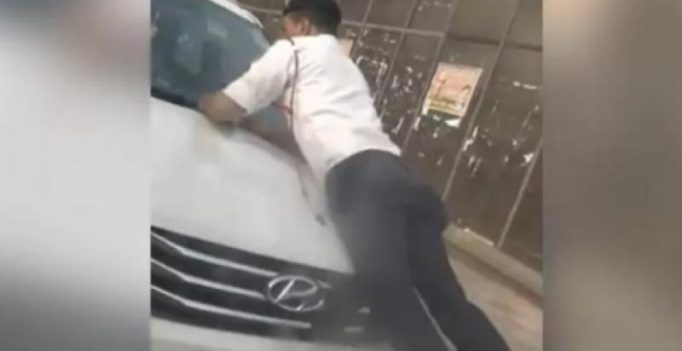 The video shared on social media starts where traffic cop is seen clinging to the hood of the car with his e-challan machine. (Photo: Screengrab)

New Delhi: A day after Aam Aadmi Party (AAP) MLA Jarnail Singh helped stop an SUV, which had a traffic constable stuck to its bonnet, he has alleged Delhi Police’s inaction in the case.

Jarnail Singh in his tweet explained that the driver was flagged down by a traffic constable, but he jumped the barricade after which policeman jumped on the car’s bonnet to bring the car to halt.

The video shared on social media begins where traffic constable is seen clinging to the hood of the car, clutching his e-challan machine. Meanwhile, the Tilak Nagar MLA Jarnail Singh is heard rebuking the driver and asks cops to take away his car keys.

The woman who was in the car with the driver is heard threatening cops with legal action.

The woman in the video tries to snatch away the phone used to record video says, “Excuse me! What are you doing? I will sue you.”

Even the driver was fined, Jarnail Singh demanded stringent action against the man. To justify his demand of strict action, the AAP lawmaker said the cop risked his life to perform his duty and thus deserves strict punishment.

Jarnail Singh told news agency ANI, “Earlier, police had assured of a proper inquiry but when I called to follow up on the incident I was informed that the driver was allowed to go following a challan after they got a call from a senior official.” 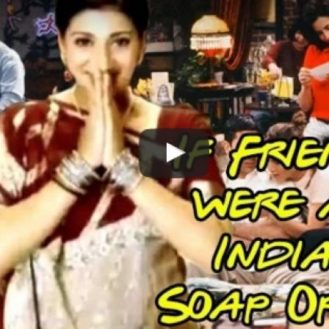 A crocodile caught by forest offcials at an irrigation canal in Avidi village of Kothapeta mandal on Sunday night. Rajahmundry: An adult crocodile almost 150…