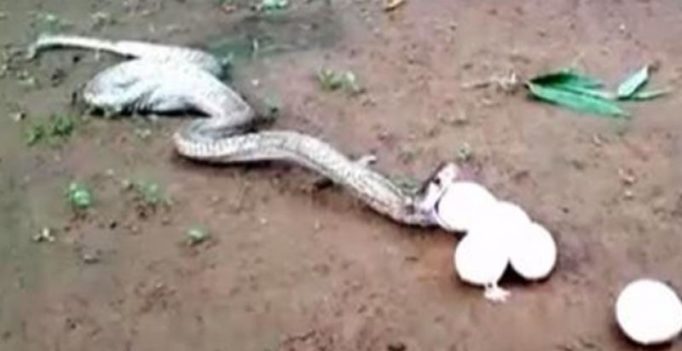 The venom in a sting of this snake can kill 20 people.

A video recently has gone viral on social media, where a king cobra can be seen throwing up six eggs after swallowing seven.

The snake starts with the first egg and then takes time to pull the others up into its mouth.

And just when you think that the snake can hold up all those eggs in his stomach- the king cobra couldn’t hold it back anymore.

This kind of snake species is found in forests of Southeast Asia and are said to be the most venomous snakes. The venom in a sting of this snake can kill 20 people. They are up to 18ft in length and can raise themselves upto ¾ of their body to attack someone.

These snakes that are found in the rain forests of India, mostly feed on other snakes and also eat eggs, lizards and other small mammals.

Studies also reveal that king cobras often eat their own eggs in order to recover from the lost energy lost during reproduction.

This video has gone viral on various social media sites and is gaining popularity. 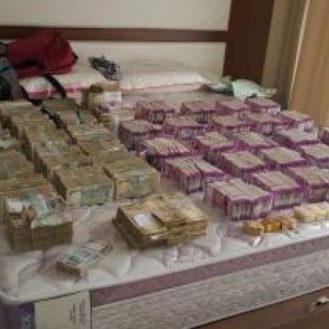