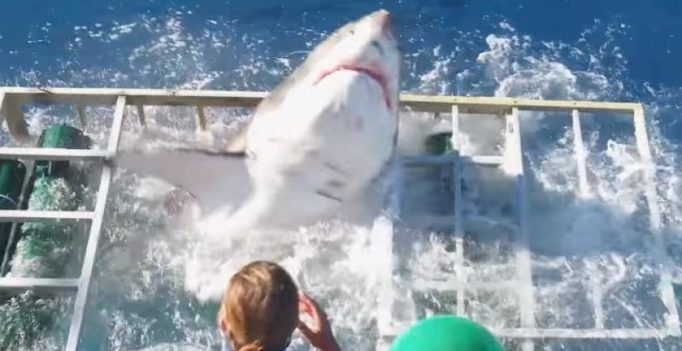 The great white shark suddenly broke into the cage when biting a line on which a piece of tuna was fixed. (Credit: YouTube)

Onlookers were left horrified after a great white shark forced its way into a cage in the ocean – while the diver was still inside. It wouldn’t be wrong to describe the spine-chilling incident to be similar to a scene from the movie Jaws.

The creature was reportedly biting a line on which a piece of tuna was fixed as bait when it suddenly lost control. “When a great white shark lunges and bites something, it is temporarily blinded. They also cannot swim backwards. So this shark lunged at the bait, accidentally hit the side of the cage, was most likely confused and not able to swim backwards, it thrust forward and broke the metal rail of the cage,” explains the man who posted the video of the scary episode.

While viewing the clip for a few seconds, it is easy to assume that the worst happened. But then the shark swims back into the ocean and the diver come out of the cage unscathed. 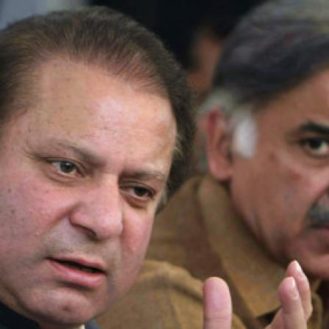