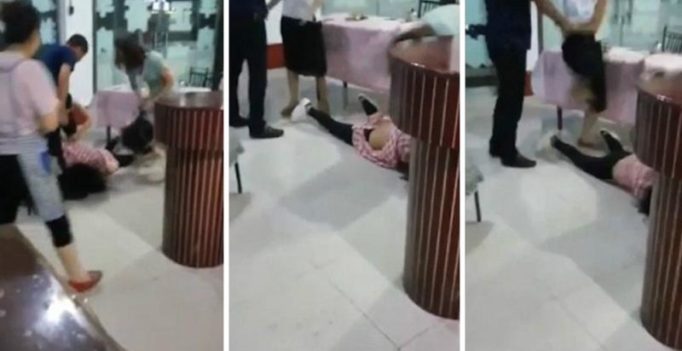 While the women continue beating the victim, one diner tries to intervene but is hit by one of the furious women. (Photo: YouTube Screengrab)

Beijing:  A woman was brutally beaten up at a Chinese restaurant by furious wives of two men after she was found staring at their husbands for a long time. The dramatic video, shot by an unidentified diner, was uploaded on social media and has gone viral.

The video shows two women thrashing, kicking and punching a woman after pinning her down to the ground.

One of the women hits the victim with her fist as well as handbag while onlookers look shocked.

However, the victim does not retaliate and tries to hide her face. One of the women can also be seen stamping on the victim’s groin with her high-heeled sandals as she desperately tries to save herself.

While the women continue beating the victim, one diner tries to intervene but is hit by one of them.

In a similar incident involving adulterous husband, a wife in Bangkok caught her husband and his mistress having sex on the sofa and recorded the incident on the camera. She then beat the mistress and threw her out of the house naked. 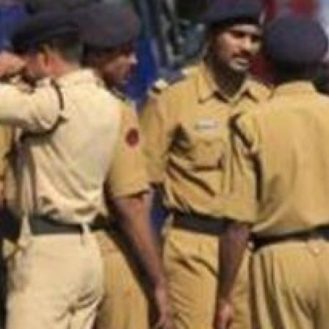